2 2023 Mercedes-Benz GLC Gets Dressed in New Attire, Looks Almost Ready for the Unveiling

3 Mercedes-Benz Caught With Their Guard Down, 2023 GLC Spied Naked in Stuttgart

2023 Mercedes-Benz GLC Reviewed: Is the Upcoming BMW X3 and Audi Q5 Rival Worth the Wait?

Usually, whenever car manufacturers allow outsiders to check out their new products first-hand, these are the final production models. However, every now and then, they bend the line by giving certain people unrelated to the company access to their upcoming vehicles.
10 photos

Case in point, the all-new 2023 Mercedes-Benz GLC has already had its first hands-on review, in Sweden, close to the Arctic Circle, where it was driven on the ice by MercBenzKing, who also had the chance to jump behind the wheel of the EQS SUV earlier this month.

A camouflaged prototype served as the car for the test drive, in the 300 d configuration, equipped with air suspension and rear-axle steering. The diesel powertrain reportedly produces over 265 horsepower and 600 Nm (443 lb-ft) of torque, which is similar to the C 300 d. However, that’s no coincidence, because, in case you forgot, the GLC is a high-riding alternative to the new C-Class.

Compared to its predecessor, the 2023 GLC is said to be 60 mm (2.4 in) longer. The wheelbase was apparently extended by 15 mm (0.6 in), so it has a bit more legroom for passengers sitting on the second row. The trunk capacity was increased by around 50 liters (1.8 cu-ft), the reviewer claims, stating at the same time that the premium compact crossover has additional sound deadening, and thicker windows.

In addition to these, the one put to the test on video down below came with a few AMG goodies, as well as a panoramic sunroof, leather upholstery, heated rear seats, electric tailgate, multi-zone climate control, and so on. For the most part, the Stuttgart brand’s rival to the likes of the Audi Q5 and BMW X3 appears to be a more interesting proposal in the segment, but is it actually worth the wait? Only one way to find out. 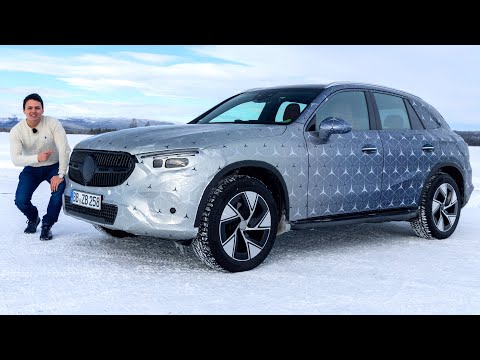