4 1969 VW Beetle Is a Distant RX-7 Relative, Should Not Be Underestimated

2023 Mazda CX-50 SUV Revealed With Standard AWD, Will Be Made Stateside

Mircea Panait
Initially expected on the Large Architecture with rear- and all-wheel drive, the Mazda CX-50 actually shares the Skyactiv-Vehicle Architecture with the CX-30 and Mazda3. Designed with standard AWD in mind, the U.S. model will enter production in January 2022 at MTM in Alabama.
21 photos

The Huntsville-based Mazda Toyota Manufacturing assembly plant is where Toyota makes the Corolla Cross, which doesn’t share a single component with the CX-50 compact utility vehicle. On the oily bits front, American customers are offered two very familiar - and somewhat underwhelming - powertrains in the guise of the four-cylinder Skyactiv-G 2.5 and Skyactiv-G 2.5 Turbo.

A six-speed automatic transmission will have to suffice, which is another disappointing aspect in comparison to the competition. According to the attached press release, “the CX-50 will also be offered with electrified powertrains, including a traditional hybrid.” It remains to be seen if Mazda will do its own thing or borrow Toyota’s hybrid system as Subaru does.

“The CX-50 has been developed for North America, particularly to support the active and outdoor lifestyles of customers in this region,” said chief exec Jeff Guyton. “The CX-50 encourages people to immerse themselves in nature without compromising on the premium design and outstanding on-road performance Mazda is known for.” I would be ashamed to speak about on-road performance after Mazda switched to a torsion-beam rear suspension for the fourth-gen Mazda3, but then again, marketing is marketing.

On that note, the hot take on the brand-new CX-50 is that Mazda could’ve done much better had it not been strapped for cash due to the ever-growing expenses of battery-electric vehicles and autonomous driving tech. 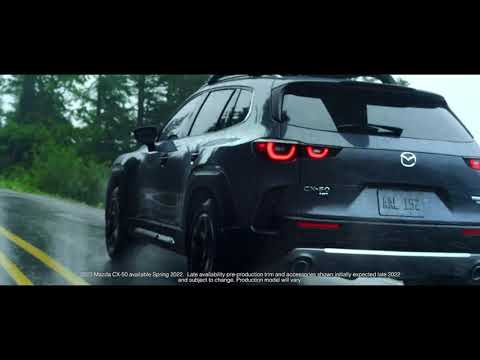 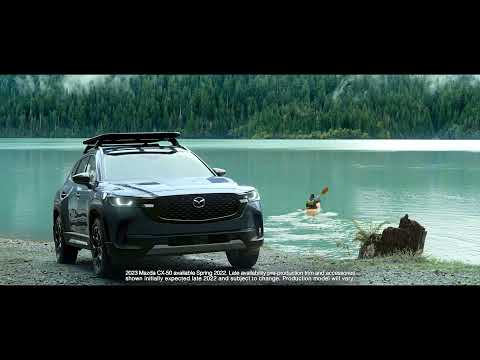