1 Maserati Teaser Suggests MC20 Convertible May Be Coming This Month

5 Review Claims the Maserati MC20 Is Very Lovable, but Is It the Best Modern-Day Supercar?
Car video reviews:
Up Next

Maserati has unveiled the new M20 Cielo, which is the Spyder variant of the MC20. It comes with the same Nettuno V6 engine as the MC20, and it weighs just 65 kilograms (ca. 143 lbs.) more than the coupé, which is an achievement in itself. The carbon fiber chassis is the same as on the other body style that is currently available.
24 photos

Maserati has fitted the MC20 Cielo with an electrochromic window, which can go from clear to opaque after pressing a button on the center console. Its roof is still removable, and its butterfly doors still point to the sky when opened.

As the Italians note, the butterfly doors are the only superfluous element of its design, as they do not have a focus just on function, but also play a role in the way the vehicle looks. We beg to differ. We think that the vertical opening mechanism of the doors is more than an eye-catching feature, as they help prevent dings and scratches when parking next to a high curb.

The brightness of the gauge cluster and multimedia unit, as well as the interior lighting, will change depending on the status of the roof – if it is down, transparent, or opaque. The retractable Polymer-Dispersed Liquid Crystal (PDLC) roof can be opened or closed in just 12 seconds.

Another principal element is the color, which is a three-layer metallic dubbed Acquamarina. Customers can order the new shade through the company's Fuoriserie customization program. The idea is to have a pastel gray base that has an iridescent aquamarine mica on top of it, which helps the paint interact with light. You can still do your thing with it, though.

The Trident brand has not yet provided all the specifics of the MC20 Cielo, but the Italian supercar is set to have the same engine as its hardtop brother.

The power plant has a bit of inspiration from Ferrari's F154 twin-turbo V8, as well as from Alfa Romeo's 690T unit, which has a similar displacement, but the two engines do not have dual injection or a pre-combustion chamber, not to mention dual spark plugs.

The eight-speed dual-clutch transaxle automatic gearbox has two overdrive gears on top of the standard six, and those who have driven the C8 Corvette will find the unit familiar, despite it having Maserati-customized software. Performance figures have not been revealed yet, but do not think it will be slow.

All three are new for the MC20 for the 2022 model year, mind you. The list also involves things that can be found on the cars of mortals, such as parking sensors, a rearview camera, or blind-spot monitoring.

Pricing will be revealed later, but expect it to pass $212k, which is the starting price of the MC20. 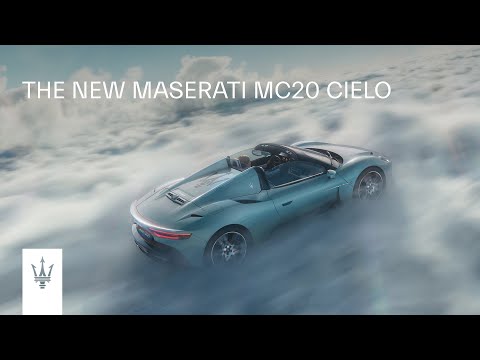 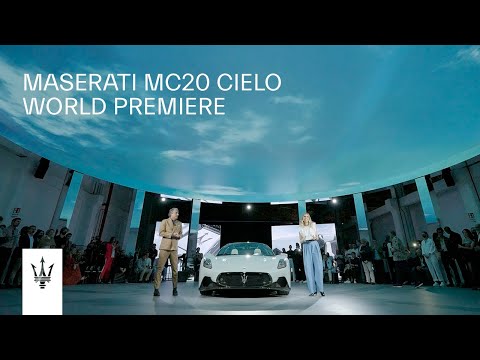