1 Kia's EV Range Could Have up to Nine Members, EV7 and EV4 Are Next in Line

4 2022 Kia Sorento PHEV Got Its US Visa, Will Launch Nationwide This Fall

ABT Cupra Leon Goes Official With up to 365 HP, New Wheels and Stiffer Springs

Imagined with a small bed and a crew cab, the rendering in the following video and Instagram post comes from pixel wizard Theo Throttle. Toward the final seconds of the video, you’ll further notice a Sorento featuring a similar makeover. The question is, can Kia make a case for either pickup?

It’s hard to draw a conclusion because we don’t have official intel from the South Korean automaker, but we do know that Kia is developing a body-on-frame truck for Australia. Two years ago, Aussie chief operating officer Damien Meredith let it slip that Kia will offer single- and dual-cab options along with turbo diesel and gasoline powertrains. Down Under, the main rivals of the upcoming truck would be the Toyota Hilux and Ford Ranger.

As to what kind of underpinnings the yet-to-be-named pickup could use, the Mohave would be the most obvious choice. An evolution of the Mohave’s chassis would be more than adequate for this application, but nevertheless, there’s no guarantee this truck will be sold in the United States of America.

Given the South Korean automaker’s relationship with Hyundai, one also has to wonder if Kia intends to launch a Santa Cruz lookalike in North America. Two models are better than one, especially against the lower-priced Ford Maverick, and Kia can very well build this fellow in West Point, Georgia where the K5, Sorento, and Telluride are currently manufactured.

As a brief refresher, the Santa Cruz flaunts a 2.5-liter Smartstream four-cylinder engine with gasoline direct injection and either natural aspiration or a turbocharger. At the moment of writing, the “sport adventure vehicle” as Hyundai likes to call it starts at $23,990 whereas the Tucson is $24,950. 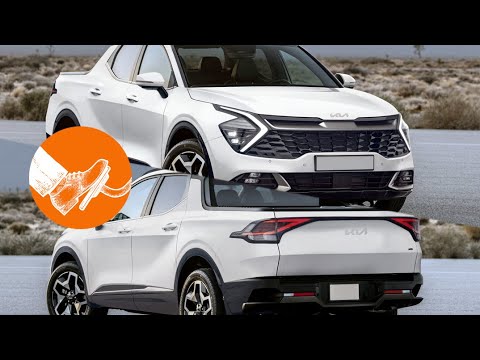