1 Volkswagen ID.3 R Naturally Slots Above the GTX Series, Albeit Only Virtually

As many brands restrict their passenger car activities across the North American markets, Hyundai is soon expected to do the same and deeply focus on crossovers and SUVs. But how about trucks?
18 photos

Reports are coming left and right about the impending demise of various Hyundai passenger car nameplates (well, at least the ICE ones, since the Ioniq 6 EV is a “traditional” sedan). And it seems that no one should feel left out by the South Korean automaker in the United States, at least not when it comes to crossovers and SUVs.

One can have just about anything, from the little Venue to the fully electric Ioniq 5 or fuel cell Nexo, and from the brisk Kona N to hulking options like the Santa Fe or 2023 Palisade. The only odd little standout in the high-riding crowd is the Santa Cruz unibody compact pickup truck, a stylish alternative to the best-selling (and hybridized) 2022 Ford Maverick.

But what if Hyundai decided to mitigate the potential upcoming loss of passenger car nameplates with the introduction of additional unibody pickup trucks? Well, according to the virtual artist better known as Theottle on social media, the first order of CGI business would be to morph a highly successful model into the next hauling and trailering companion.

And, of course, the pixel master has also found the perfect candidate for this transformation, so in the latest behind-the-scenes making-of he again tempted our imagination with a cool pickup truck that does not exist (just yet). Well, frankly, it would not be too hard to imagine Hyundai approving the creation of a Palisade with less than seven seats and increased payload capacity plus a nice-sized truck bed.

Alas, at least for now, it remains merely wishful thinking even if the CGI expert thought about all aspects – including a name. In his opinion, the best way to supplement the Hyundai unibody pickup truck offering would be to allow a Palisade-based “Santa Clara” model to join the family. Do you approve? 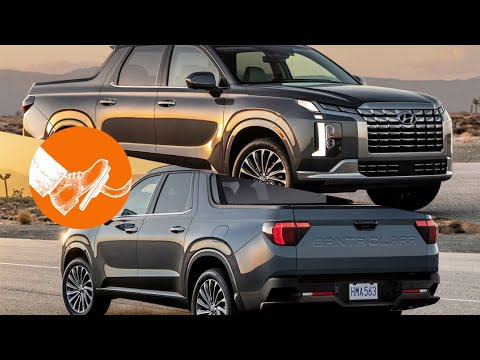