1 2023 Honda Civic Type R Orders Reportedly Limited in Canada, No News for the U.S. Yet

4 2023 Honda Civic Type R Attacks the 'Ring in Official Clip, Are They Teasing a New Record?

5 2023 Honda Civic Type R Prototype Making U.S. Debut in July, Are You Excited About It?
Car video reviews:
Up Next

There is obviously no such thing as having too many teasers when it comes to the new generation Civic Type R, which is why Honda has released another one, announcing at the same time when it will premiere.
8 photos

Sitting at the top of the range of the new-gen Civic family, the 2023 Civic Type R will challenge the likes of other front-wheel drive compact hot hatchbacks. Rivals include the Volkswagen Golf GTI, Renault Megane RS, Ford Focus ST, and Hyundai i30 N.

Differentiating it from the regular models will be easy thanks to the very aggressive exterior styling. Look for bigger front and rear bumpers, oversized air intakes, large diffuser at the back, and a wing. The re-tuned chassis, with stiffer brakes, will be another highlight, alongside uprated brakes and a punchy power unit under the hood.

Honda has already confirmed that it will be a turbocharged 2.0-liter four-cylinder engine, which is an evolution of the current one. The output and torque are yet to be disclosed, though enthusiasts should look for at least as much as its predecessor, which is rated at 306 horsepower and 295 pound-feet (400 Nm) of torque in the U.S. of A. Everything will be directed to the front wheels through a six-speed manual transmission.

It has been reported that the new-gen Civic Type R will be limited to 546 copies in Canada and that it will be available for three years only. You might be wondering how many will make their way to our market in total, but there is no news on that yet. 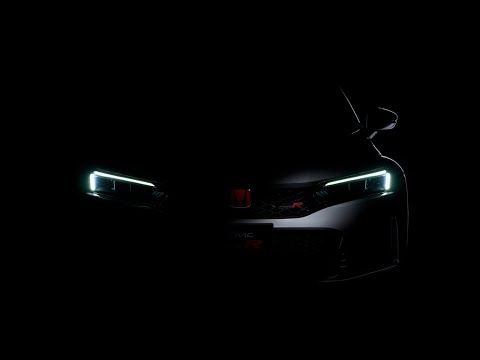