3 The BMW i3 Is Dead, Carmaker Pulls the Plug on the Electric Hatchback

4 Nissan Leaf May Be Discontinued, No Replacement Planned

Honda went completely nuts with the styling of the FK8, which features fake rear vents. Thankfully for Civic Type R enthusiasts and prospective customers, the all-new FL5 is a little more grown-up than its forerunner.
23 photos

Based on the 11th generation of the Civic, the all-new Type R further marks the return of Championship White to the color palette. Combined with the black interior that sports plenty of red touches, it certainly is a sporty car.

Pixel wizard Marouane Bembli, better known as The Sketch Monkey, redesigned the FL5 into a coupe with rear-wheel-drive proportions. The long hood and short deck are sports car styling traits, yet Marouane didn’t swap the hatch for a trunk lid. It’s a three-door affair that should be practical enough for dailying, much like the iconic Toyota AE86 Sprinter Trueno.

“I’m really happy with how this came out. I think it looks fantastic. I maybe could have raised the angle of the lower part of the rear end, so we’d have more of an angle on the diffuser,” said the artist behind this design study.

Back in the real world, the Japanese automaker intends to deliver the first FL5s to Japanese customers in the first quarter of 2023. Over in the Land of the Rising Sun, the Civic Type R is expected to develop 330 ps at 6,500 revolutions per minute and 420 Nm between 2,600 and 4,000 revolutions per minute. Imperial-wise, that’s 325 ponies and 310 pound-feet of torque.

However, the U.S. may not be as lucky. The FK8 features 10 fewer ponies in America compared to its Japanese and European siblings, which means that 315 or 316 horsepower should be the rating for the FL5’s biggest market.

Still, a few horsepowers down on the all-wheel-drive Volkswagen Golf R is mighty impressive for a front-wheel-drive hatchback. The FL5 will be offered exclusively with a six-speed manual transmission, regardless of the market. 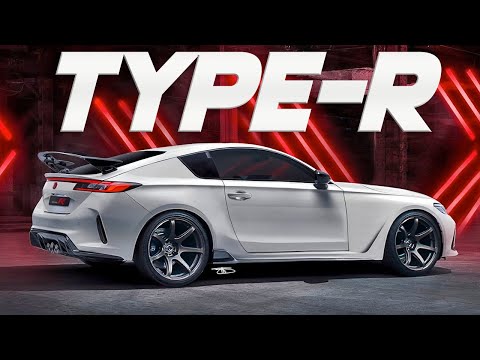