It has been a while since anyone discussed the FoMoCo and VAG alliance. But with the advent of the 2023 Ford Ranger and the impending arrival of the 2023 Volkswagen Amarok, this partnership is back in fashion.
27 photos

Blue Oval aficionados around the world who love to go on adventures with a vehicle that’s capable of hauling lots of stuff received great news from Ford not long ago. An all-new generation Ranger is currently on its way. While everyone patiently waits for the promised customer deliveries in early 2023 to see if the new mid-size pickup trucks prove to be an evolution or a revolution, the competition isn’t sleeping.

Well, now that Ford and Volkswagen are in cahoots, they are not full rivals anymore, right? Especially since the German automaker is developing the second-generation Amarok as the 2023 Ranger’s platform sibling. And until the carmaker wraps its teaser campaign, there’s ample time for everyone to take things a little further down the hypothetical pathway.

Because successful introductions and popular models are always a major source of inspiration for virtual artists, do we need to wonder how Ford’ Ranger and VW’s Amarok turned darlings of the imaginary realm? The former is now actively being morphed into the Everest SUV, while the latter seems almost ready to become the patriarch of an entire family of VAG pickup trucks.

That’s based on the vision presented by the CGI expert behind the theottle account on social media. He doesn’t have quite everything figured out. But one thing is for sure – the German group would do well with an entire mid-size pickup truck household. At least virtually, it seems. And with an ultra-luxury twist, just to make sure everyone is spiced up by this perspective.

As such, after coming up with virtual Seat, Skoda, and Audi siblings for the Ford Ranger – VW Amarok couple, he also enlisted the help of the fan base. Not on delivering swift justice if any of these models would have a real-world market impact, but for the simple process of naming them. Do give us your opinion on the moniker finalists, as well as brace yourselves for the imaginary arrival of a Bentley pickup truck! 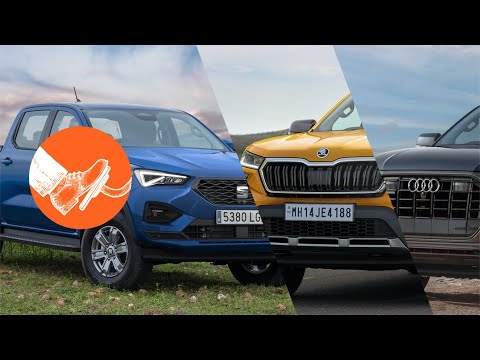