3 Lil' Lady Wants to Sell You a Big Van: Ford E-350 Could Be Your Tiny Home Away From Home

Mircea Panait
In use since 2009 for the 2010 model year, the Raptor nameplate will grow an R in a matter of months for the most badass Raptor that Ford has ever produced. As opposed to six cylinders and two spinny lads, the Raptor R levels up to eight cylinders and a thumpin’ great supercharger.
38 photos

Believed to be rebranded Carnivore for this application, which is coincidentally the internal codename for the F-150 Raptor R, the Predator is much obliged to deliver 760 horsepower at 7,300 revolutions per minute. That’s more than plenty for bashing dunes into submission, but most importantly, it’s a torquey fellow as well. 625 pound-feet (847 Nm) are developed at 5,000 rpm, but only Ford knows the ratings for the long-awaited Raptor R.

Teased having fun in the wild of Johnson Valley near Palm Springs, the supertruck appears to be wearing the F-150 Raptor’s Agate Black Metallic finish and the 37-inch rubber boots of the Raptor 37 Performance Package. Currently priced at $5,250 for the 2022 model year, the aforementioned option further includes 17-inch forged wheels, a set of sportier dampers, and Raptor 37 bodyside graphics. The supertruck in the following clips doesn’t have those graphics, most likely because it’s a near-production prototype.

As opposed to the rear-driven Shelby GT500, the Raptor R is a four-wheel-drive affair with a very clever transfer case. Dubbed TR-9070, the dual-clutch tranny of the Shelby GT500 is designed specifically for rear-wheel drive. That’s why the Raptor R is expected to feature a familiar torque-converter automatic, namely the 10R transmission. Upgraded to sustain the peak torque of the 5.2-liter Predator supercharged V8, of course! 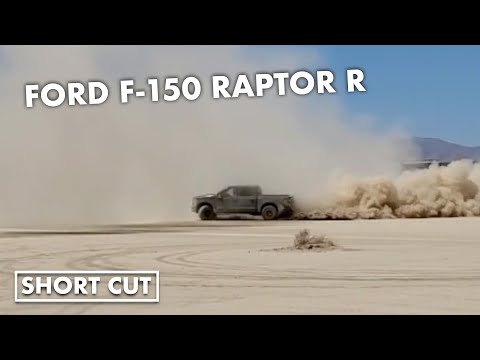 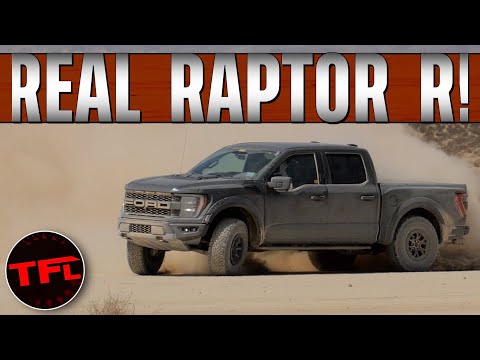