2 The Forgotten Story of the Porsche G-Wagen, A Service Vehicle Turned Rally Racer

It's a big world that we live in. So it might be difficult for some motorsport events to carry on during winter on some continents. But there are parts of the planet where that's not necessarily an issue. While we won't be seeing any F1 races until March of 2023, Formula E starts mid-January and the Dakar Rally starts on the 31st of December 2022. Racing through the dunes sounds like a cool way to spend New Year's Eve, doesn't it?

Almost two months have passed since we reviewed the Dakar Desert Rally video game for PC. We gave it 80 points out of a maximum of 100, and it opened up our appetite for the annual race in Saudi Arabia. While it does not even begin to describe how huge of a challenge this race is, it does offer a nice visual experience of the vehicles and scenery that are part of it all. 2023 marks the fourth consecutive time the competition is to be held in the Arabian Peninsula, and chances are that drivers will congregate in this part of the world for many more years to come.

While we've seen a preview of the 2023 route before, it wasn't as detailed as the one presented by the organizers today. And the numbers are astonishing, to say the least. The event starts with the Prologue on the 31st of December 2022, which will take place near the Red Sea on the Western side of the Peninsula. This is a short stage on the seafront, measuring only 6.8 miles (11 km). But the race will swing into high gear on the 1st of January, with a loop stage covering 228 miles (368 km).

This is just a warm-up for what's coming up next, as drivers will have to continue their journey towards the northeast covering 267 miles (431) km to Alula. Just think of how you feel after driving for that long in your comfortable road-legal car, on asphalted roads with good visibility. Now consider the fact that the 820 drivers and co-drivers that have signed up for this event will be going full-throttle most of the time, through some of the most treacherous environments on the face of the Earth.

They'll be facing rough terrains, extreme temperatures, and poor visibility at times, all while being under constant pressure to finish as high up in the rankings as possible. Does that sound exciting enough to you? And we've only scratched the surface of how big of a challenge the Dakar Rally is. After Alula, teams will be driving for 277 miles (447 km) to reach Ha’il. The bivouac will be staying there for a few more days, as two loop stages measuring 497 miles (800 km) in total are up next.

On Day 6, drivers will be engaging in one of the longest stages of the Dakar, a 289 miles (466 km) drive down South towards Al Duwadimi. At this point, there are still two days and 546 miles (880 km) left to Riyadh, where everyone gets to rest for one day before setting off toward the next stop. By the time teams reach the finish line in Dammam, on the 15th of January, they would have covered 2,924 miles (4,705 km) of special stages through Saudi Arabia.

That's the longest racing distance for the event since the 2014 Dakar in South America. Naturally, it's not a given that all vehicles will make it to the finish line: technical malfunctions and crashes are bound to happen. For instance, 431 crews lined up at the start of the 2014 race, but just 204 of them made it to the finish line.

There are a few more interesting changes we'd like to point out when it comes to the race format for the upcoming event. Everyone is going to use a digital roadbook, including athletes racing on motorcycles. While that might not seem like a big update, it precedes something a bit more interesting. While we were playing Dakar Desert Rally in Professional mode, we noticed that we could follow other competitors en route to the hidden waypoint.

But that won't be happening anymore starting in 2023, as routes of most of the special stages will be split into two. Roadbooks of A and B routes will be assigned randomly, so any competitors that will think about following their predecessor might completely miss their waypoint and incur severe penalties.

Looking at the list of entries for the 2023 Dakar Rally, we're already enthusiastic about the whole thing. There are 632 drivers and co-drivers entering the Dakar Rally, with 188 drivers and co-drivers in the Dakar Classic. That adds up to 68 nationalities if you include the support crews, with most people coming from France, Spain, and the Netherlands.

This is not a male-exclusive event, as there are 54 women in the race with a total of five female-only crews. You'll see 124 motorcycles at the start line, 19 quads, 73 cars, and 56 trucks. But if you also add the T3, T4, and Classic cars and trucks, you'll see that 453 vehicles are lining up for the event. If that's not enough to open up your appetite for the World's most popular Rally Raid event, perhaps one of the videos below will do the trick instead. 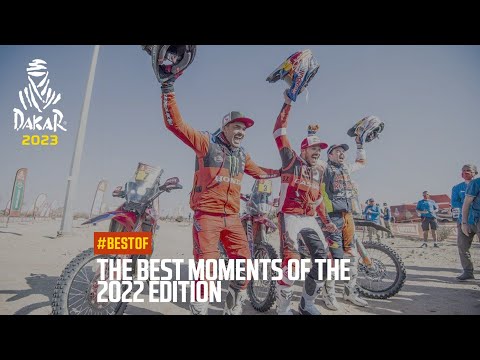 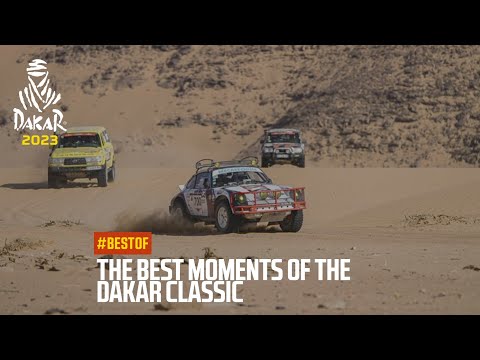