1 Ever Seen a BMW X1 on Such Big Wheels? Brash Crossover Has That Optional Seatbelt Pack

3 2023 MINI Countryman Spied While Testing, Does Not Hide Too Many Surprises

2023 BMW X1 and BMW iX1 Get Leaked Ahead of Official Presentation, Here They Are!

BMW has decided to reveal the next-generation X1 alongside the first-ever iX1, the model's all-electric brother. The two SUVs are scheduled to have their official reveal on June 1, 2022, but someone left the images loose on the interwebs.
15 photos

From a styling perspective, we do not have too many surprises, especially since we have seen the prototype of the X1, as well as the iX1 in various spy shots. The headlight and taillight design is interesting, and fans will appreciate the fact that the headlights were not split.

The front grille is enlarged, but it is not as big as you would find on other models from the BMW range, so nobody should be upset about it. Or maybe not too upset about it.

The leaked images in the photo gallery show both models, and even reveal a couple of specifications.

For example, we can see that the iX1 will be able to charge from an AC plug with up to 11 kW, but an optional accessory allows AC charging at up to 22 kW.

Mind you, this would happen only if the DC charger were capable of supplying 130 kW, which is not something that all units of this kind can do.

The BMW iX1 comes with a drag coefficient of 0,26, which is incredibly low, especially for an SUV, and it is powered by BMW's fifth-generation electric drivetrains.

Its maximum WLTP-estimated range sits at 438 kilometers (about 272.16 mi), while its two electric motors provide a continuous maximum power of 200 kW, but have a boost function that delivers an extra 30 kW (40 horsepower) for a brief time. How lovely!

Regarding the next-generation BMW X1, we can see that it will have a trunk capacity that will sit between 540 and 1,600 liters, which is 19 to 56 cubic feet (about twice the volume of a large refrigerator) of cargo volume. The interior has been redesigned, and it now features a curved display with a 10.25-inch digital gauge cluster and a 10.7-inch touchscreen multimedia control display.

BMW still uses conventional buttons on the X1's steering wheel and has implemented its BMW Operating System 8 in the vehicle's "brain." These are among the expected things with this model, so do not be too impressed just yet.

Features will include elements like a wireless charging tray, a leather-wrapped M Sport steering wheel with multifunctional buttons, a set of optional sport seats that can be had with a massage function, and more.

Be sure to notice things like the new door pulls, as well as the company's Live Cockpit Professional system that includes Augmented View and the BMW Intelligent Personal Assistant.

Expect to learn more about the next-gen BMW X1, as well as the BMW iX1 in the coming days, when the German manufacturer intends to reveal the pair. 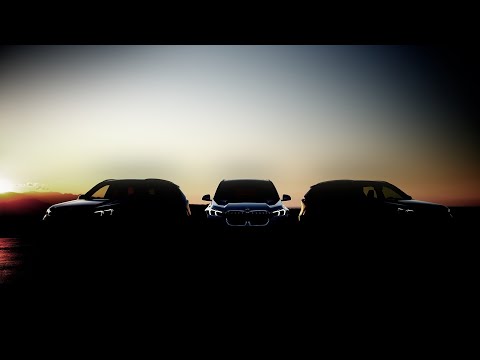