3 2023 BMW M2 Completely Ditches Camo Using a Decent Dose of CGI, Do You Like the Design?

Scheduled to premiere on June 23rd at the Goodwood Festival of Speed, the M3 Touring will celebrate M’s 50th anniversary. Already leaked with a black-only look, the super wagon still is testing at the Nurburgring.
10 photos

This video, coming to you from Automotive Mike, showcases a camouflaged prototype doing hot laps during industry-pool tests. Also captured by the carparazzo while driving on the public roads that surround the Green Hell, the family-hauling model sounds unmistakably like a sixer.

Under the hood, you’ll find an evolution of the B58 engine that bears the S58 codename. Introduced by the X3 M and X4 M, this lump is offered in a multitude of tunes. For this application, the Bavarian automaker is believed to deliver 503 ponies and 479 pound-feet (650 Nm) of torque.

Based on the downshifts and upshifts of this prototype, we’re most certainly dealing with the aforementioned torque-converter automatic that flaunts eight forward ratios. The car’s turn-in dynamics and the way it gets out of the corner indicate that M xDrive may be standard, not an optional extra.

Later today, BMW is expected to confirm the lap time of the M3 Touring on the infamous Nurburgring Nordschleife. So far, we know it starts with a seven. The fastest internal combustion-engined wagon on this circuit is the Mercedes-AMG E 63 S 4Matic+ T-Modell, which needed 7:45 in 2017.

There are rumors according to which the Bimmer lapped the racetrack in 7:30 in perfect weather conditions, a tremendously impressive feat by most accounts. The speculated lap time also cements the M xDrive hearsay.

BMW has never tested the M3 Touring on U.S. public roads because it’s pretty darn hard to make a case for it. For starters, BMW doesn’t sell wagons in the United States right now. Homologation costs for a low-volume model would be too high for comfort, hence the Bavarian automaker’s refusal.UPDATE
The M3 Touring needs 7:35.060 to lap the 'Ring. 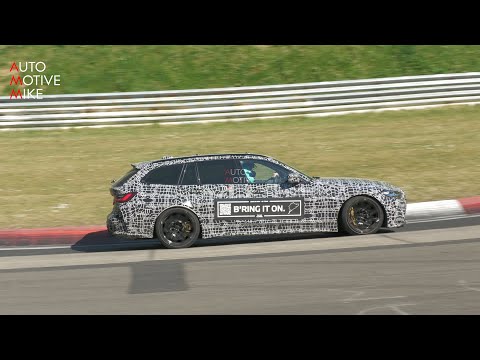 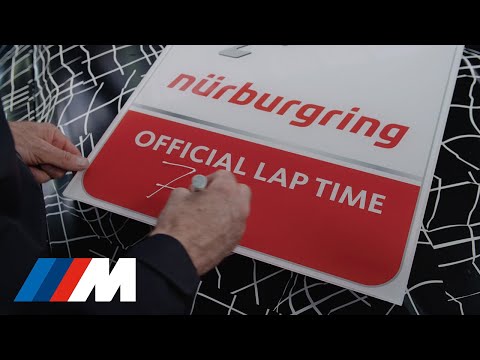