2 Was the World Ready for a Toyota Supra Wagon Almost Three Decades Ago?

Detractors claim it is just a more expensive Honda Civic Si, but Acura keeps fulfilling the all-new Integra promises and prepares for the upcoming first deliveries of the reinvented fifth generation. But we must wonder, is everyone doing it all wrong?
18 photos

Sure, the 2023 Acura Integral with the manual transmission option costs $8,500 above the price of a comparable Civic Si, in North America. So, there is already enough reason to believe the latter might sell better than its premium-badged sibling. Alas, the Japanese carmaker is still bold and confident as it just started production in Ohio, ahead of the first dealer arrivals next month.

Now, much has been said about the Acura Integra revival as a five-door liftback sedan, both in the real world as well as across the virtual automotive realm. And, as far as the latter is concerned, most of the discussion has been centered around the fan's desire to see it dressed up in the iconic three-door liftback coupe body style, as far as we can tell.

Even the virtual artist better known as Theottle on social media has fallen prey to the coupe/Type R temptation some time ago but now has come back with a little vengeance. A positive one, if you ask us – perhaps triggered by the recent, quirky desire to make the little-known Bufori CS lose its rooftop instead of its hand-built “mind.”

Anyway, it could also be the alluring promise of summer road trips, just as well. No matter what the cause, the pixel master imagined a new addition to the usual Integra body style range – a two-door Cabriolet. Well, it is obviously merely wishful thinking, but we still need to ask: would fans be more flexible if the fifth-generation Integra also included a drop-top version in the family? Or would it just add more coal to the controversy fire? 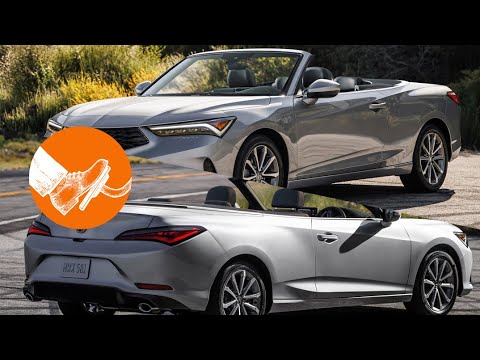