5 Here’s an Armored Toyota Sienna Because What Soccer Mom Doesn’t Need One?
Up Next

Five Underrated Muscle Cars You Should Know About

Cristian Gnaticov
You may not be able to head to your local Toyota dealer and drive off in the 2022 Land Cruiser Stateside, but depending on how much you’re willing to spend, you could have one shipped to your driveway.
12 photos

INKAS is one of the companies that could quench your thirst for the Land Cruiser Series 300, though their proposal includes a bulletproof example, because that’s what they do, they take ordinary vehicles and give them ballistic protection.

The pictured one is currently for grabs on their official website. It is a 2022 model, with undisclosed mileage, packing the twin-turbocharged 3.5-liter V6 engine. The mill produces 409 hp (415 ps / 305 kW) and 479 lb-ft (650 Nm) of torque, so despite being much heavier than the standard model, it hasn’t received any upgrades in this department.

According to INKAS, it boasts a BR6 rating, so it can withstand multiple rounds fired from 7.62 assault rifles. At the same time, it can also cope with the explosions of up to two DM51 hand grenades, and it has its armor plating surrounding the passenger compartment, and extra thick windows, to thank for. The engine bay has received ballistic protection too, and so have the battery and electronic control module.

Reinforced door hinges and critical structure points, heavy-duty suspension, and run-flat tires are offered as standard. For an extra buck, they can throw in a set of emergency lights, siren, intercom system, and fire-suppression system. Heavy-duty brakes and wheels complete the list of options.

Now, you might be wondering what such a machine would set you back for, yet your guess is as good as ours, as INKAS hasn’t released any pricing details, stating only that it is “available for worldwide delivery to all major seaports, as well as airfreight upon special request.” 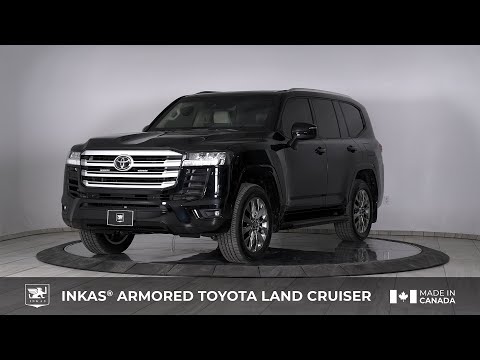