4 Toyota Supra 2.0 High-Speed Autobahn Run Shows It Can Exceed Its Base Abilities

2022 Toyota GR Supra U.S. Commercial Is a Tale of Haze and Grocery Shopping

This is how Toyota chose to promote the 2022 GR Supra in the United States, and we have to admit that it is one of the best car commercials we have seen in a while.
10 photos

Sprinkled with some funny behind-the-scenes-like shots that try to portray it as a great driver's car, without breaking any laws, that is also practical, the video is 5 minutes long and has them all. From fast takeoffs to drifting and jumping, and from burnouts to pizza delivering and grocery shopping in a racing suit and helmet.

The clip, shared a few days ago by Toyota on its official YouTube channel, is called ‘The Pitch’, and it is “just one of the many ideas the Gazoo Racing team pitched for this epic GR Supra commercial”. It puts the spotlight on the new A91-CF Edition, which celebrated its debut at the beginning of the month.

Limited to only 600 units, all of them destined for North America, the special model packs the 382 HP and 369 lb-ft (500 Nm) of torque straight-six lump, which will rocket it to 60 mph (96 kph) in 3.9 seconds. It is hooked up to an eight-speed automatic transmission from ZF, and together with the active rear differential, adaptive variable sports suspension and Brembo brakes, not to mention the aero add-ons, make it an exciting addition to the Supra family. 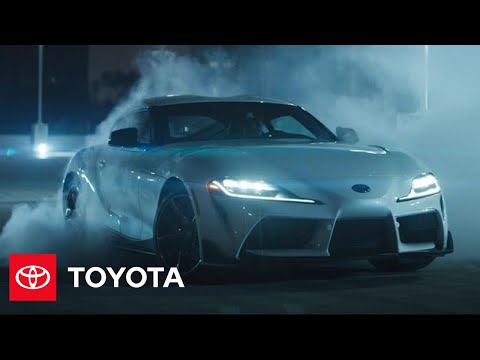