Built on the Hilux pickup truck’s body-on-frame platform in Thailand, the 2022 Toyota Fortuner is now available with go-faster visual traits under the GR Sport moniker. Be warned, however, that it’s not as sporty as it looks.
14 photos

The Gazoo Racing sub-brand features three levels of performance: GR Sport for mostly aesthetic upgrades, the mid-tier GR as you may find on the Supra and 86, and GRMN for the previous-generation Yaris hot hatchback.

Instead of a free-breathing V8 or a twin-turbocharged V6, the Fortuner in this flavor is rocking a 2.8-liter turbo diesel that many people may know from the Hilux. Toyota calls it 1GD-FTV, and the four-cylinder mill is much obliged to crank out 204 PS (201 horsepower) and 500 Nm (369 pound-feet) of torque. Worse still for those who believed that GR Sport actually translates to a sporty driving experience, the tranny is a six-speed auto instead of the far newer eight- and 10-speed boxes supplied by Aisin.

Over in Thailand, customers are offered a total of three hues for the body panels: Emotional Red (pictured) and White Pearl CS with a black-painted roof as well as Attitude Black Mica. Based on the range-topping trim level, the GR Sport flexes 20-inch wheels, 265/50 rubber boots, red brake calipers, four-wheel drive, and lots of gloss-black garnishing up front and out back.

The interior is predominantly black albeit red contrast stitching brings a little color to the seats, door cards, and dashboard. Smoke Silver trim on the center console also needs to be mentioned, along with black leather for the seats, suede inserts, the GR logo embroidered in the headrests, perforated leather for the steering wheel, as well as a 12 o’clock wheel marker in red.

The GR-branded engine start button and key fob pretty much seal the deal, which isn’t exactly cheap by middle-class standards in Thailand. Toyota is asking 1,879,000 baht or $57,550 at current exchange rates whereas the average salary is just around 1,160,000 baht or $35,530 per year. 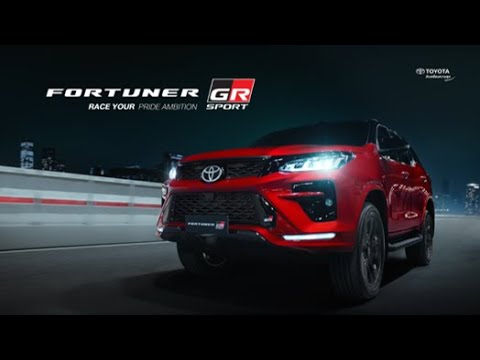