2022 Skoda Slavia Sedan Is Like a Brand New Rapid, but for India Only

Due to previous spy shots, among others, we have known for quite some time that Skoda is planning to launch a brand new sedan, the Slavia, and just a few hours ago, they officially confirmed it.
8 photos

Scheduled to debut this winter, it is the brand’s second product aimed solely at the Indian market, after the Kushaq crossover, and is part of a local plan that will also see the introduction of two new Volkswagen models.

All of them share the MQB-A0-IN platform, a version specially adapted for the needs of those living in the Asian country. Details surrounding the powertrain family have yet to be announced, but in all likelihood, it will use the same 1.0- and 1.5-liter gasoline mills as the Kushaq, probably mated to manual and automatic transmissions and front-wheel drive.

The Slavia name harks back to the company’s early days, as in 1896, one year after founding it, Laurin and Klement started making bicycles that they sold under the Slavia brand. More recently, Skoda used the moniker for a two-seater open-top concept, which was actually based on the Scala compact model.

“Rich in tradition, the Slavia name will now once again mark the start of a new era for the Skoda brand, this time on the Indian market,” said the automaker’s local director, Zac Hollis. “The Slavia will bring forth impeccable build quality, reliability, and driving experience. We look forward to substantially growing our volumes in India, and the Slavia will play a key role in delivering this objective.”

Sitting under the Octavia and Superb in the car firm’s four-door lineup, the new Slavia will replace the local Rapid, which is actually different than those sold in China and Russia. Previous scoops have revealed that it will pretty much look like a sedan variant of the new-gen Fabia. It also shares some characteristic traits to the Volkswagen Virtus, a saloon variant of the Polo. 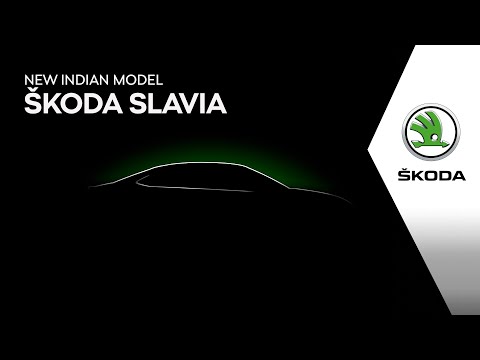