1 Drifting a Renault Clio V6 Is Harder Than Expected

5 The Hippie Caviar Hotel Is a Dreamy, Retro and Luxe Electric Campervan
Car video reviews:
Up Next

Introduced in 1995 as the replacement for the Renault 19, the Megane is a segment-leading compact with millions of sales under its belt. Last redesigned from the ground up in 2016, the Megane is making a huge leap forward with the E-Tech Electric from the IAA 2021.
20 photos

Underpinned by the CMF-EV platform of the Nissan Ariya, this fellow features a battery that’s only 110 millimeters tall. 40 percent smaller compared to the Zoe, this battery is “the thinnest on the market” right now.

Developed in collaboration with LG, the lithium-ion NMC cells feature more nickel and less cobalt for greater energy density. Two capacities are offered in the first instance: 40 kWh for a maximum driving range of 300 kilometers or 186 miles, and 60 kWh for up to 470 kilometers or 292 miles.

No fewer than four regenerating braking levels can be selected with the help of tab switches located behind the steering wheel. Renault developed the Megane E-Tech Electric for cold-weather climates too, which is why a heat pump complements the system for managing energy lost by the batteries and powertrain. This system reuses the lost energy to heat up the cockpit, a feature that’s made possible by the liquid-cooled batteries and powertrain.

Compatible with single- and triple-phase AC charging from 2.3 to 22 kilowatts, the Megane E-Tech Electric can sustain 130 kilowatts on direct current. As much as 300 kilometers (186 miles) of WLTP driving range can be recovered in half an hour from a 130-kilowatt DC fast-charging station.

From a stylistic point, Renault mentions crossover influences without describing this vehicle as a crossover. It’s a hatchback, through and through, according to the French automaker. The interior is a huge step up on the combustion-engined Megane although the bezels of the infotainment system and digital instrument cluster may not be to everyone’s liking. 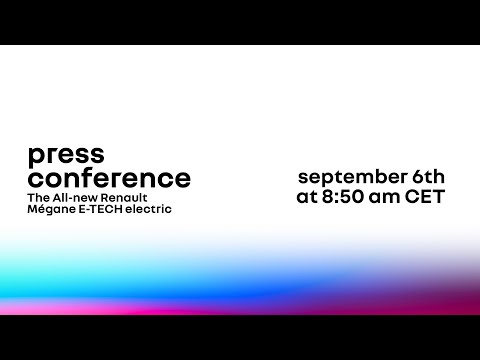