4 Nissan Reveals 2021 Armada With Nismo Sports Package, but It's Not for America

Mercedes-AMG G 63 Gets Lamborghini Treatment, Looks Like a Boss in Flashy Render

Just about every Nissan aficionado is impatiently waiting for the Japanese automaker to stop promoting the Z Proto V6 design study and come out already with the 2022 Z Car that will challenge Toyota’s A90 GR Supra. But the company is unfazed and instead brings out yet another upgrade for the aging GT-R.
35 photos

Deeply cherished and beloved by supercar fans, the Nissan GT-R's current iteration (R35) is equally growing long in the tooth. Basically, it’s one year older than Nissan’s current Z Car iteration, the (Z34) 370Z that was first presented back in 2008.

First outed way back in 2007, the R35 GT-R has gone through countless updates and was enhanced with numerous special editions. As it turns out, there’s room for at least one more, and this time around, Nissan didn’t even bother coming up with a fancy name for the limited series.

Instead, the company simply previewed at home in Yokohama, Japan, the new Nissan GT-R Nismo Special Edition. Before you start lamenting this may be yet another collectible that doesn’t reach U.S. shores, let’s jump directly to the part where the Japanese automaker officially reveals that a “very limited number of the new model will be available in North America this fall.”

Unfortunately, pricing hasn’t been announced just yet. Of course, one can assume it’s going to include a sensible markup on the already pricy 2021 GT-R Nismo and its $210,740 MSRP. As far as the enhancements brought by the new Special Edition, we could name a few highlights that might convince fans it’s well worth the financial effort.

For starters, there’s a Nismo-reserved Stealth Gray exterior shade, which provides a neat contrast to the bespoke clear-coated carbon fiber hood. The new Nissan badge adorns the exterior and the company also prepared an exclusive set of 20-inch Rays alloys in forged aluminum and with red detailing.

No modifications seem to have been made to the interior (or at least the brand doesn’t mention any), and the GT-R Nismo Special Edition soldiers on with the VR38DETT 3.8-liter twin turbo V6 that churns out 600 horsepower and 481 lb-ft (652 Nm) of twist. 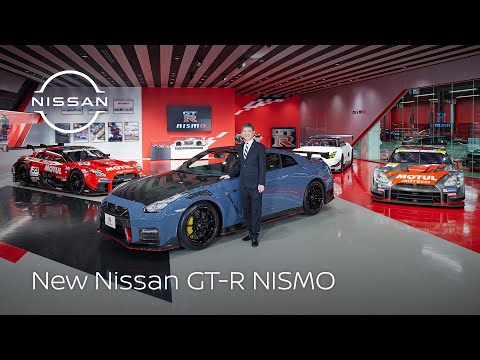