As far as mid-size trucks are concerned, Nissan lags behind Toyota and American rivals. The Frontier is the oldest pickup in this segment, but fret not because the all-new model will be revealed on February 4th.
32 photos

The following teaser video reveals three details about the 2022 redesign, starting with the Titan-like front grille that features a black finish and the all-new Nissan logo. Similar to the 2021 Frontier for South America and 2021 Navara, the North American truck will be treated to LED headlamps.

Moving over to the second detail, the Japanese automaker has curiously used a V8 soundtrack even though a 3.8-liter V6 with 310 horsepower will be the only engine available. Augmented with direct injection, the six-cylinder motor pumps out 281 pound-feet (381 Nm) of torque in the outgoing model.

A nine-speed automatic with four planetary gears and six clutches will be standard, and obviously enough, a manual won’t be offered because there’s little demand for row-your-own transmissions. Looking at the bigger picture, Nissan can’t justify the stick shift because the Frontier isn’t a commercial success. Last year, for example, the mid-sized pickup moved 36,845 units compared to 72,369 in 2019, representing a 49.1-percent drop.

The final detail we can identify from the teaser clip is the PRO-4X lettering on the sides of the bed, representing the range-topping trim level of the Frontier. For the 2021 model year, the off-road version retails from $37,790 excluding destination charge for the crew cab and the aforementioned V6.

PRO-4X goodies include aluminum-alloy wheels complemented by Bilstein off-road performance shock absorbers, embroidered seats wrapped in leather, a power-sliding glass moonroof, and satellite navigation. At that price point, however, there's a lot of competition in this segment. The 2021 Chevrolet Colorado Z71 comes to mind at $35,500 excluding freight, and the Jeep Gladiator isn't too shabby either at $37,010 for the Sport S trim.

On that note, does the all-new Frontier stand a chance against the ever-popular Toyota Tacoma and domestic rivals such as the Ford Ranger? 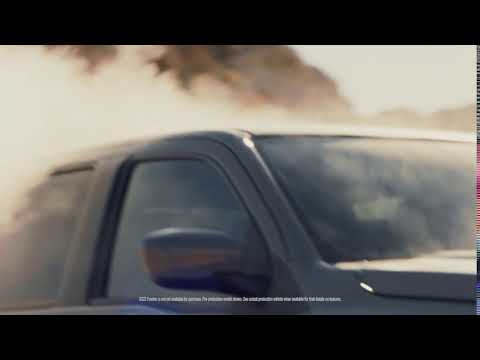