5 Ex-Racing Glories Run Around Daytona in Rentals to Put the Stock Back in NASCAR
Car video reviews:
Up Next

America’s stock car auto racing sanctioning body and operating company just outed the new rules for the “Next Gen” racers, triggering some of the biggest changes in the history of the sport. Naturally, the OEMs are also doing their part and have individually rolled out their Cup Series monsters for the next season.
7 photos

We’ve seen that Ford made sure everyone knows their Next Gen NASCAR Cup Series is a Mustang through and through, so it’s no wonder that Toyota is following suite with the 2022 TRD Camry. One might notice the addition of “TRD Camry” to the nameplate, which is the company’s way of signaling the racer it’s been developing over the course of the past couple of years is ready for the Next Gen honor of taking to the track for the historic 2022 season.

According to the Japanese company, the development of the new racers has been an ensemble effort that saw the automaker work alongside both NASCAR and the other OEMs. This is because the modifications made to the Next Gen cars are both unprecedented as well as a showcase for the desire to further increase safety and a way to further “promote on-track competition.”

The 2022 TRD Camry is the brainchild of both Toyota, TRD (Toyota Racing Development, U.S.A.) and Calty Design, with the trio making sure that no one will mistake the Next Gen racer for anything other than a Camry. Apparently, this new version now has the most Camry styling DNA of any racer that competed in the NASCAR Cup Series (NCS) before it.

By the way, Toyota’s involvement with NASCAR is the highest among any other automotive manufacturers, as the Japanese company is the only one that fields racers in all national series: NCS with TRD Camry, the Xfinity Series (NXS) with the Supra, as well as the NASCAR Camping World Truck Series (NCWTS) where the Tundra takes the spotlight. 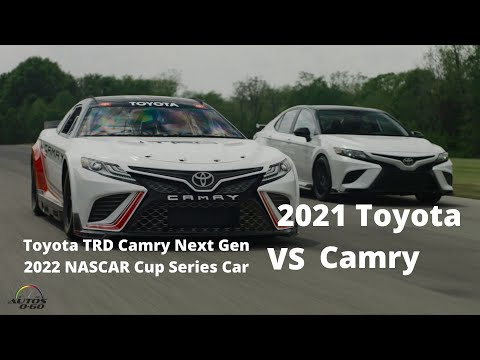