The British automaker has revealed the Artura supercar as a way of stepping into the future. The model is not only the company’s first car equipped with the High-Performance Hybrid (HPH) powertrain but also the first-ever model using the new McLaren Carbon Lightweight Architecture (MCLA).
46 photos

Better yet, McLaren’s promise to have the “distillation of more than half-a-century of expertise and experience in race- and road-car engineering” inside the Artura brought spectacular technical specifications - we’re already wondering if they underrated the power just like on the 765LT. It also brought little to no compromises in terms of styling.

That certainly bodes well with not just the public, but also the virtual artists. One of them was enticed enough by the curvy lines to immediately start working on a virtual (and unofficial) Spider version for Artura. Given McLaren’s track record with open-top versions, it’s not hard to imagine the attempt by Behance user Aksyonov Nikita is actually quite close to the upcoming reality.

Still, it’s going to be a while before McLaren officially drops the roof of the Artura, so this render should keep us company for the (many) months of waiting. After all, Mclaren is going to take a while just to kick off the first deliveries of its brand new HPH supercar, and we’re not counting on the Brits to reveal any new body version (hopefully, we’re going to see an LT further down the line, as well) before customers get their hands on the initial coupe variant.

As far as the styling is concerned, there isn’t much to discuss regarding this CGI since there wasn’t much roof to lose, to begin with. Of course, with this being an artist’s Spider interpretation that will never see the light of day, there were some traditional compromises that were eschewed. For example, we can’t imagine those beautiful security islands actually going into production because the virtual artist obviously didn’t leave any space for the roof to hide behind the seats.

Well, McLaren certainly won’t forget about that little detail and hopefully will instill an open-top Artura with as much personality as showcased by this unofficial version. As far as the technical specifications are concerned, we’re willing to bet that everything will be happily shared without any modifications – including the PHEV setup lending the Artura a total of 671 hp (680 PS). 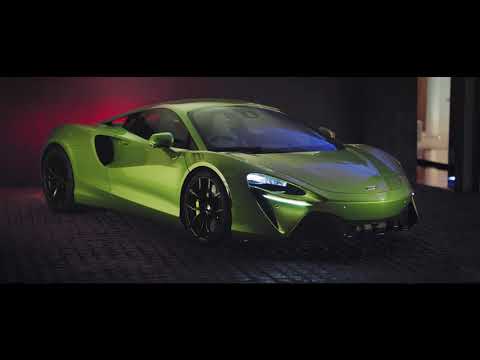