4 2023 Citroen C5 Crossover Could Signal the Chevron’s Return in U.S.

5 Citroen Hydropneumatic Suspension to Be Phased Out Together With the Citroen C5
Car video reviews:
Coverstory

Citroën has revealed the facelifted C5 Aircross, four years after the model's debut. It achieved over 260,000 sales since its debut, and the French brand is proud to say that its plug-in hybrid version represents more than 30 percent of the sales mix in Europe.
48 photos

The facelift has brought a reinterpreted Citroën logo, as well as changes to the front grille, which now has dotted lines that unite the DRLs in the headlights, which are also new in both shape and interior design. The front bumper has also been changed, as has the hood. It is truly a facelift.

The profile of the C5 Aircross shows no significant changes at first, but the French have added new alloy wheels in the range, as well as a different design for the rearview mirror caps that match the roof bars, as well as new styling elements on the side panels.

When the rear of the C5 Aircross facelift is concerned, Citroën has fitted it with a set of new taillights, while also changing the shape of the inner element of the rear bumper. A new color, Eclipse Blue, is now available, and customers can still order color packs for contrasting ornaments or a two-tone combination with a black roof.

The latter continues to have two exhaust ornaments, but those are just ornaments, as the real exhaust pipe is concealed behind the bumper – that was the case for the pre-facelift, and we do not expect that to change with the facelift.

On the inside, the C5 Aircross comes with a new 10-inch touchscreen multimedia unit, which sits on a redesigned center console. It is placed higher than before, and the air vents were moved underneath it. The gauge cluster remains a 12.3-inch digital display that can provide essential information to the driver.

The French marque has changed some materials on board for a higher level of perceived quality. Customers also get the new Citroën Advanced Comfort seats, already offered on the C4 and C5 X.

These come with an extra layer of foam for more comfort and extended durability, as they are meant to resist sagging over time. The seats in question can be ordered with heating and massage functions, but no ventilated versions are available. We experienced similar seats in an e-C4 we drove last year, and they are quite comfortable.

The center console comes with bigger storage bins, two USB ports, a wireless phone charger, and a redesign of the e-Toggle gear selector for the automatic transmission models.

The company prides itself on having the only model in its class to come with three individually-adjustable rear seats that can slide, recline, or be retracted for maximum modularity.

When engines are concerned, Citroën claims that its C5 Aircross plug-in hybrid can drive up to 55 kilometers (ca. 34 miles) in its all-electric mode or at speeds of up to 135 km/h (ca. 84 mph).

It also comes with an instantly-available torque of 320 Nm (ca. 235 lb.-ft.), and the plug-in hybrid's battery can be charged in less than two hours from a Wall Box.

Judging from the specifications above, there is no change in the powertrain department, although Citroën might announce some changes later. Gasoline-engined and diesel-engined versions are still available. 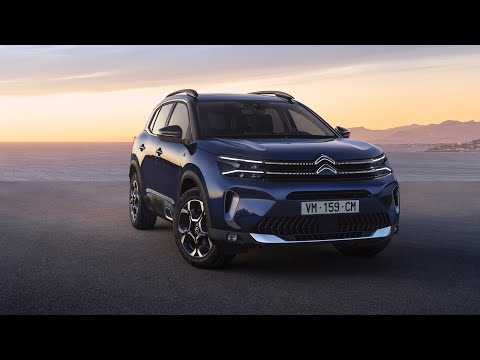