Acura has finally confirmed plans to launch a Type S version of the NSX. The model, however, will officially bid farewell to the second generation NSX, which recently celebrated five years in production.
7 photos

Set to be unveiled at the 2021 Monterey Car Week on August 12, the 2022 Acura NSX Type S will feature boosted performance.

Without releasing any details about it for the time being, save for the fact that it will pack the twin-turbo V6 and SH-AWD system, the automaker says that it will deliver “more power, quicker acceleration, sharper handling, and a more emotional driving experience.”

The swan song of the series will arrive in limited numbers. Only 350 units will be offered worldwide, and 300 of them will make their way to the United States. As a result, this will be the first time an NSX Type S has been marketed outside Japan, and its limited production will put it in the same zone as other limited editions of the first generation, such as the Zanardi, NSX-R, Type S, and Type S-Zero.

Before Acura decides to detail the 2022 NSX Type S next Thursday, we will remind you that the standard offering packs the 500 HP twin-turbo 3.5-liter V6, mounted in the middle of the car, backed up by three electric motors, for a total output of 573 HP.

The teaser pics accompanying the announcement reveal that it will get the usual carbon fiber trim, together with what appears to be a meaner styled diffuser. Red brake calipers with NSX branding will be found behind the five-spoke wheels, and an individually numbered plaque will be part of the build.

The final NSX will be the third Type S model that Acura has introduced this year, after the TLX Type S sports sedan and upcoming MDX Type S SUV.

On a final note, Acura’s VP and Brand Officer, Jon Ikeda, said that they will “continue moving forward, actively investigating what the next generation of sports cars should be in an electrified era.” 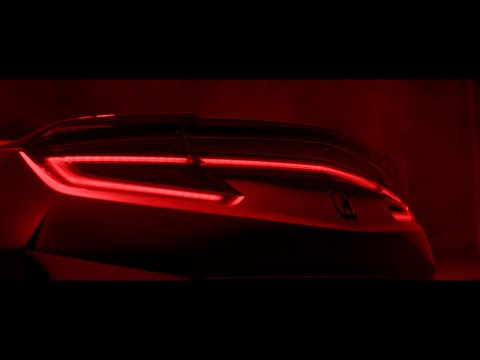