We have seen Porsche try its best to divert our attention from its fully electric Taycan to the other sedan in the lineup, the Panamera. They came up with a new lap record niche on the Nürburgring Nordschleife, refreshed the entire range, and launched a new plug-in hybrid version.
17 photos

Of course, those who know the way things work at Porsche as of late – especially in the Panamera department – know very well that its ICE-powered Panamera Turbo S might be dethroned from its top trim position by an even more powerful E-Hybrid version.

Well, after allowing the lesser 4S E-Hybrid shine for a moment in the spotlight, things are back on track and Porsche is filling up the blanks in the Panamera product lineup with three additional models. Among others, and most importantly, the flagship duties are now being handed over from the Panamera Turbo S to the refreshed 2021 Panamera Turbo S E-Hybrid.

The lineup is also completed with the introduction of the base PHEV model, the Panamera 4 E-Hybrid. This one slots beneath the 4S and Turbo S E-Hybrids, packing a 2.9-liter twin-turbo V6 and total power of 455 hp. Awfully close to its level of performance – but not of efficiency, for sure – comes the equally new 2021 Panamera 4S, which flaunts exactly 443 hp.

Back to the newly crowned top dog, the Panamera Turbo S E-Hybrid has the same new battery pack from the 4S E-Hybrid, which stores 17.9 kWh (around 27% more energy dense than before).

More so, performance is also better than before, with just three seconds needed to reach 60 mph (97 kph) for the sedan and Sport Turismo (the long-wheelbase Executive needs 3.1s). That’s a 0.2s improvement, again, for those keeping tabs.

All off the new Panamera models are available to order now in Europe (deliveries kick off in December), while in the United States the books open early in 2021, with dealership availability programmed for next spring. 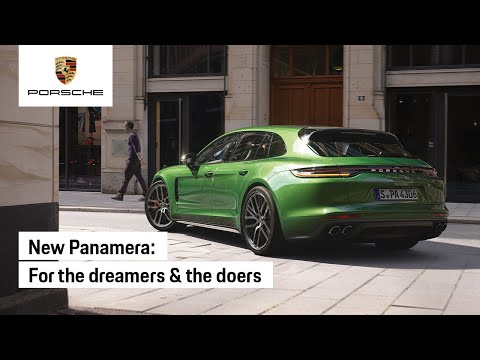