2 Vision 1789 French Hypercar Runs on Biomethane Instead of Gasoline

4 Crossover Your e-2008 Ambitions Over to Peugeot Cycles

Back in 2008, as Peugeot was revealing its new 3008 crossover, parent company PSA was almost on the brink of collapse. That was avoided, and the 3008 was successful enough to warrant a second iteration. One that followed a different styling path, one that was to usher a new era for the entire brand. More than 800k sold units later, the success is undeniable – especially considering the fiery competition in its segment. Time for a refresh to make sure the trend remains positive, says Peugeot.
29 photos

When the second generation of the 3008 was launched, it was the bearer of a new design direction for the lion house. Now it’s exactly the other way around – the compact crossover follows suite and incorporates all the latest styling cues from the 508, 208 and 2008 models.

And the result is very much spectacular, as it has become custom for the French brand. The 3008 arrives with major modifications up front, where the lion now resides inside a “frameless” grille and the LED headlight assembly also includes a couple of massive vertical LED DRL lines.

The exterior changes also include the switch from classic fog lamps to a new “Foggy Mode” function integrated into the LED headlights, while the GT / GT Pack trims have their own visual flourishes to better distinguish themselves from the other grades.

Peugeot hasn’t forgotten the classic facelift recipe, so the new front is accompanied by a nip and tuck elsewhere as well: full LED lamps at the rear with lion-claw styling, new 19-inch “San Francisco” diamond-studded aluminum wheels for the GT Pack and two new body hues – Celebes and Vertigo Blue. The GT / GT Pack models also have a newly available “Black Pack” for an even more upscale appearance.

Inside, the automaker has retained and thoroughly upgraded its proprietary i-Cockpit, now equipped with a larger 10-inch central touchscreen for the infotainment controls and an updated 12.3-inch fully digital instrument cluster. ICE (internal combustion engine) models have a driving mode selector with Normal, Sport and Eco modes while the hybrid options feature Electric, Hybrid, Sport and 4WD (exclusive to the Hybrid4 300).

Expect the Sochaux-produced 3008 to arrive as a 2021 model year at European dealerships before the end of the year. 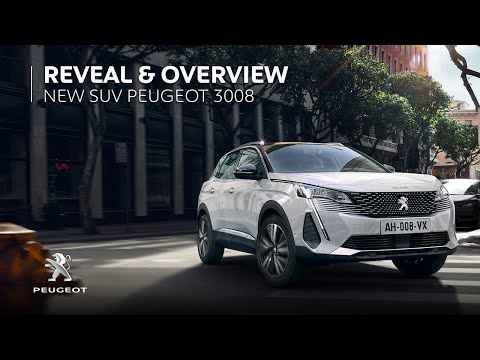