2021 Mustang Mach 1 Shows Auto Cred on the Street, Stick Shift Might at Willlow

While everyone’s attention has been captured by the marketing battle between Ford’s Bronco and the Jeep concepts during the traditional Easter Safari days in Moab, Utah, the Blue Oval has decided also to spin the promotional wheel on something else. It’s just as enticing, though, because it reads Mach 1 after the 2021 Ford Mustang title.
18 photos

In a world full of crossovers (even the compact Bronco Sport can surpass the 300-hp mark nowadays), SUVs (do we need to name any Hellcat?), and all things trucks (supercharged madness all the way), it’s sometimes easy to forget there are still some great (stock) cars out there.

Although Chevy and Dodge aficionados would tend to disagree, the brand-new 2021 Ford Mustang Mach 1 is definitely one of them. Of course, Ford knows very well that without proper support, even this fifth-generation 480-hp Coyote V8 cross between the Bullit and Shelbys would get lost in the background noise.

So, here’s the automotive vlog world to the rescue, with REVan Evan on site for a day full of sweet Mach 1 madness on and around the Willow Springs racetrack. Because you’re not getting anywhere without an early wake up call, Evan and his friend Abe Tango start the day fresh while dawn hasn’t even settled in just yet to give us the intro.

They are prepared for a big workout with the Mach 1 as they’re showcasing the Mustang on the street (from the 1:56 mark, we’re shown the automatic transmission Grabber Yellow perspective) and on the legendary Willow Springs racetrack (from the 4:37 mark).

As far as the street drive is concerned, the main highlight here is the soundtrack, but of course, we all know that Ford also prepared the Mach 1 for great circuit fun. Even better, REVan goes out for a spin on the track in a Mustang equipped with the Handling Package and the Tremec six-speed manual transmission it snatched from the defunct Shelby GT350.

The cockpit POV isn’t exactly our cup of tea, but at least the Coyote soundtrack comes in almost unfiltered between the remarks... allowing us to forget the Mach 1 isn’t exactly cheap with a starting MSRP of $52,720. 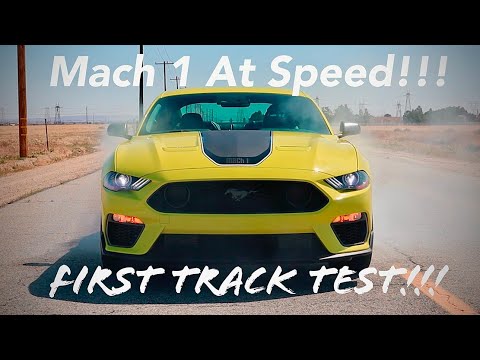