2 Someone Had This Rare Grigio Argento Lamborghini Jalpa Painted Red

4 This Lamborghini Huracan Evo Looks Stock, But It's Not: Vorsteiner Aero Program

5 Lifted Lamborghini Countach Looks Like an LM002, Is Neither
Car video reviews:
Coverstory

Back in October 2019, it came to our attention that Lamborghini is preparing a track-only exotic limited 40 units. Expected to be based on the Aventador SVJ, the mid-engined supercar was then teased on video.
29 photos

Four months since then, the Raging Bull of Sant’Agata Bolognese is back with a clip of the V12 blunderbuss firing up to sing the song of its people. The glorious engine is naturally aspirated, unassisted by hybrid tech.

A certain someone heard that the track-oriented car “will be the last-gen V12 before they are forced to go hybrid.” Lamborghini has said on multiple occasions that hybridization is the only way of keeping the V10 and twelve-cylinder engines alive without forced induction, and looking at the Italian automaker’s twin-turbo competitors, this is certainly an attractive proposition.

The indirect successor to the Diablo GTR was developed by the Centro Stile department of the Squadra Corse motorsport division, and the V12 is officially rated at 830 PS (817 horsepower). In other words, the special edition’s engine is the most powerful Lamborghini V12 ever.

Design changes from the road-going counterpart include “a large rear wing, air scoop on the roof and, a racing hood with dual air intakes.” The carbon-fiber monocoque is complemented by an aluminum frame up front, and at the rear, Lamborghini has fitted a self-locking differential.

So when will the yet-to-be-named special edition be revealed? The manufacturer talks about a world premiere “before the end of the year,” correlating with what we’ve heard last year about delivery dates. More to the point, a forum member expects his car to arrive at the beginning of 2021. Oh, and by the way, Aventador SVR could be the newcomer's designation.

What’s happens after the Aventador runs its course? Last time we’ve checked, a replacement may be unveiled in 2022 with minor changes to the 6.5-liter V12. It’s hard to guess if Lamborghini will electrify the front axle for e-AWD, but that would be an interesting solution in more than one way. In addition to instant torque, having the front wheels driven by an electric motor would render the front-axle driveshaft and differential pointless. 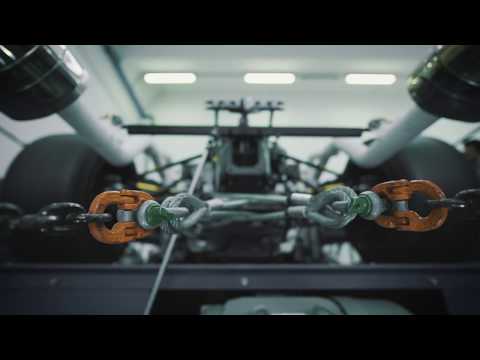