Most countries with a local automotive industry have a classic 4x4 model because, let's face it, some people don't drive this kind of vehicle for kicks but out of sheer necessity.
8 photos

The U.S. has the Jeep Wrangler, the Brits have the Land Rover Defender, the Italians have the Fiat Panda 4x4, the Germans have the G-Wagen, the Japanese have the Toyota Land Cruiser (though the Suzuki Samurai/Jimny could also stake a claim)—and we could probably go on.

Well, the Russians have their legendary 4x4 as well, and even though you wouldn't guess it just by looking at it, there is even a "modern" 2021 version of it. Indeed, almost all other models we mentioned earlier have kept up with the time and have evolved accordingly. Yes, the design of the G-Class is pretty much the same as the original’s, and yes, the Jimny is still kind of rudimentary compared to other modern vehicles but put any of them next to the Russian Lada Niva, and they'll appear as alien technology.

You might think that's a dig at Lada's SUV, but it's not. The Niva is actually one of the last purely mechanical vehicles you can still buy today, and believe it or not, many people find that appealing. Yes, you can just as well buy a 30-year-old vehicle and get the real deal, but the Lada comes with a warranty, not to mention such luxuries as air conditioning (though that's an optional extra).

Through the eye of a British person—and Jonny Smith definitely is that—the Lada Niva is precisely what the new Defender should have been, though everyone realized Land Rover couldn't continue to ask for premium-level prices for the rest of its vehicles while also selling something as agricultural as this.

It's the kind of car you can fix on the spot with a set of tools, and even though we're sure Jonny didn't set out with the intention to prove this, it's exactly what happened. While demonstrating the SUV's fording ability, the reviewer made an honest mistake of assuming a small pool on the side was shallower than the bulk of the water he was trying to avoid. Well, honest or not, it was definitely a mistake, and the Lada ended up stuck with its nose pointing down toward the abyss with the footwells filling up with water.

It's the kind of issue that would have normally required towing the vehicle to the nearest service shop for a thorough examination. Instead, the man who came to rescue the Niva was also able to get it running again, so the Lada drove back home on its own wheels. With how many other modern cars would that have been possible? 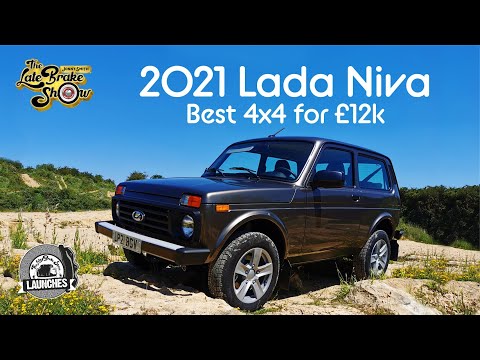