4 Alternative Fueled Cars Sold Like Hotcakes in Europe in 2018

Mihnea Radu
Just a month after being presented at the Geneva Motor Show, the all-new Renault Clio is already being reviewed. It seems the French automaker wants to get this one out of the door as quickly as possible.
5 photos

Before we talk about what sets the Clio apart from the Polo, let's look at why this comparison is important. The French reviewers say the Clio was the No.1 best selling car in their country while the Polo was the most popular import. But it's even bigger than that. You see, the Renault supermini is second only to the Golf in terms of overall European sales, so it's actually the segment benchmark.

While the Clio has become a little bit shorter for its 5th generation, the Polo actually grew by a lot in 2018, when the Mk6 came out. Despite this, the advantage in terms of practicality seems to go to the French car. Trunk space is about the same, marginally favoring the Polo. But thanks to recessed front seats, rear passengers of the Clio have better legroom.

Also, for the first time in forever, the Renault model has a better dashboard. It's thanks to an 8.2-inch portrait infotainment sitting up high. The digital dashboard in the Polo is better, but at least the one in the Clio no longer looks like a toy. Carbon trim for the dash and doors also helps. We think the exterior styling favors the Polo, as its French rival just looks like a facelift for the older model.

As for the engine range, both cars are probably going to rely mainly on their respective 1-liter 3-cylinder turbo engines. The Polo is a little older, so it already has a performance version, the 200 horsepower GTI. But the RS rival isn't far behind. It's also a little bit cheaper to buy and thanks to a hybrid engine can also be more frugal. 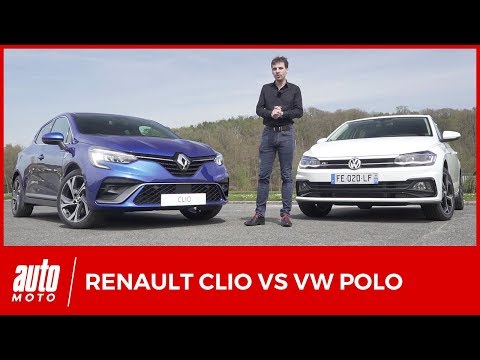 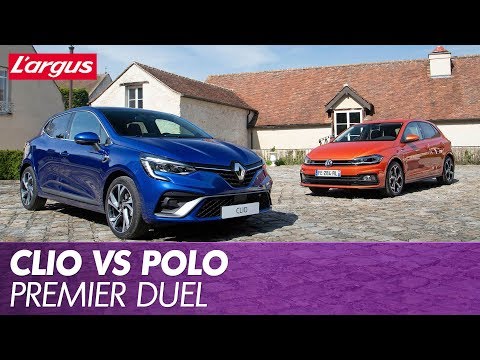