Two weeks before its official public unveiling at the 2019 Frankfurt Motor Show, the second generation of the Mercedes-Benz GLE Coupe has made its digital debut on the Internet.
84 photos

Longer and wider than its predecessor, the 2020 GLE Coupe has kept most of its proportions, but the new design language somehow makes it look a lot sleeker than before, with the “egg shape” being almost gone.

Since its main raison d'être revolves around dynamics, Mercedes-Benz has developed the car with a slightly shorter wheelbase than the regular GLE upon which it's based, even though it offers improved legroom compared to the first generation. On top of that, the “entrance dimension” has been enlarged and so has the luggage compartment, which now offers between 655 and 1790 liters of space.

Not unexpectedly, the interior is largely identical to the GLE, the only real difference being represented by the less ample headroom for the rear passengers. This also means that the much more modern cockpit now benefits from the latest generation of the MBUX (Mercedes-Benz User Experience) infotainment system.

If you want to really step it up a notch and aren't a fan of diesel, the Mercedes-AMG GLE 53 4Matic Coupe delivers a hefty 435 horsepower and 520 Nm of torque, which is supplemented by an additional 22 horsepower and 250 Nm of torque from an EQ Boost starter-alternator that also feeds a 48 volt onboard electrical system. As expected, the U.S. only gets the AMG 53 version, at least for the time being.

More engine options will become available once the car actually goes on sale, which is expected to happen closer to winter time in Europe and 2020 in the U.S. 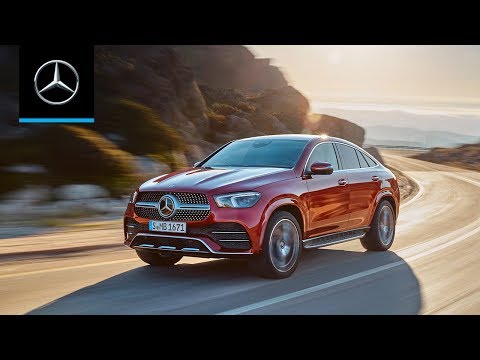