The new M135i may have suffered an engine downgrade compared to its predecessor, but it's winning almost every drag race against the competition. Despite what critics say about it, this car could become a popular hot hatch and is thus a prime target for tuning.
11 photos

The first-ever F40 M135i tuning project was presented a few weeks ago at the Essen Motor Show. However, we had to wait a few more weeks for details and pricing.

Maxton is a relatively young company, specializing mainly in cult hot hatches. We recently shared their hilarious Focus RS transformation for the tiny Fiesta. And while the M135i doesn't get turned into an M3, it's still just as brash.

As you can probably tell, this hatchback now has more skirts than a Korean girl band. The one at the front is the boldest, and according to Maxton's website, it's relatively affordable - £129. The side skirts cost the same, while the rear trim is even cheaper.

We've noticed a few other components that are fitted but aren't yet on sale. For example, the front bumper sports new wings, which aren't the ones BMW made as part of the M Performance parts catalog. Meanwhile, the back view reveals a gloss black extension for the trunk lid spoiler and carbon fiber tips for the quad exhaust. Yes, four tips, not two, just like any worthy Golf R rival should have.

H&R coilover suspension and BBS 21-inch satin black wheels have been fitted, though it's up to you to source those. Headlight tint is something else you might want to look into.

This is uncharted territory for BMW tuning. There's never been a 300+ horsepower 2-liter turbo. However, because it's offered on multiple cars, including MINI JCWs, we hope somebody will develop a plug-and-play system that takes the output to 400 hp and beyond 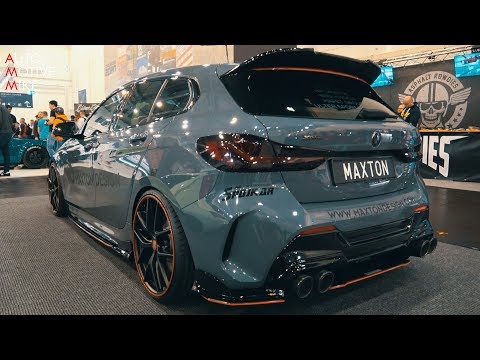 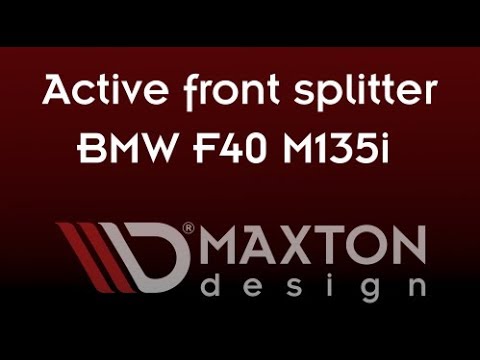