2 Aston Martin CEO Has High Hopes For the DBX Crossover

Home > News > Car Profile
Daniel Patrascu
Come December, the world will finally get to see the first Aston Martin SUV come out in the open. Called DBX, the car is currently in its final testing stages, and one crucial detail about it was just revealed this week by the Brits.
19 photos

Part of a series that started a while back, the new DBX video (available at the bottom of the page) details perhaps the most essential element of the SUV: its engine.

Just as the industry was expecting, the DBX will be powered by a variant of the 4.0-liter V8 deployed in the Vantage and DB11. In this case however, power has been increased to 550 ps and 700 Nm of torque, making the DBX “the highest performing V8 engine in current range.”

During the testing program, which according to Aston Martin is the “most extensive of any Aston Martin in history,“ the DBX with this powerplant constantly managed to reach and exceed speeds of 180 mph (290 kph) and was capable of supporting cornering speeds similar to the Vantage.

What's more, when doing the runs on the Nürburgring, the SUV was constantly clocked at under 8 minutes.

Even if it uses the same engine as other Aston cars, the DBX will sound totally different thanks to the tuning done to the exhaust system. The carmaker promises a deep bass with increasing mid-tones that is especially potent in sporting drive modes.

“We have concentrated our work to ensure that the calibration and tune of this 4.0-liter twin-turbo V8 delivers both the everyday usability and refinement expected by SUV owners,” said in a statement Matt Becker, Aston Martin’s Chief Engineer.

„However, we have also focused heavily on matching that with the engaging driving dynamics that are commanded by our brand and inherent in every Aston Martin and early indications of the car’s overall performance have been incredibly promising."

More details on the DBX are expected in the coming months. 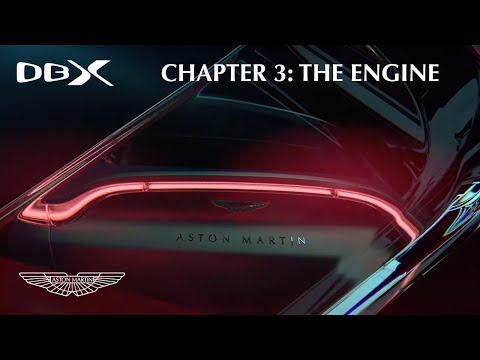