1 2019 Mercedes-Benz GLE Shows Up in German Traffic, Gets Closer to Production

2019 Mercedes-Benz GLE Spied Testing In Snowy Sweden, We Get A Closer Look

Home > News > Spyshots
Sebastian Toma
You might have remarked that we recently published several spy videos of various prototypes caught testing. The latest one features the 2019 Mercedes-Benz GLE, which was also seen in Sweden.
11 photos

The German SUV was spotted while it was undergoing winter testing. Our friends at SB-Medien caught the prototype in several places, and we can see it from every angle after watching the video embedded in this article. You have a few screenshots of the GLE’s prototype in the photo gallery, if you are interested in still images instead of video.

The next-generation GLE should be shown late this year, but it will reach showrooms in 2019. The SUV is supposed to be fitted with the upcoming inline-six-cylinder engines from this automaker. While the brand’s flagship will get those engines first, the GLE is in line to receive them as well.

You already know that the three-pointed star brand wants to offer a mild-hybrid configuration with the inline-six units, which will not be capable of powering the vehicles on electricity, but will reduce fuel consumption and acceleration times.

Those two benefits are sufficient to be worth installing the system, but you will be pleased to know that the motor acts as a generator and a starter at the same time.

For those of you who might be confused by this automaker’s naming scheme, the GLE is the replacement of the ML. It started out as a heavily facelifted version, but the next generation will be something entirely different when compared to its predecessor.

Daimler’s premium brand will employ the MHA architecture for this model. The name stands for Modular High Architecture, and it is conceptually linked to their Modular Rear Architecture.

The main distinction between them is that the former is oriented towards SUVs, and will always have all-wheel-drive as standard, along with a generous ground clearance. 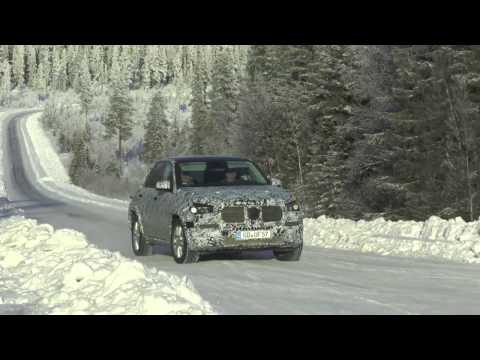