1 2019 Hot Wheels Super Treasure Hunt Part 1: A Look at the First Five Cars of the Year

4 55 Years of Hot Wheels Corvettes: Part 1 of the Fifth Era

5 Inside the 2023 Hot Wheels Case C, Behold the 1968 COPO Camaro Super Treasure Hunt
Up Next

If you're planning on getting a degree in Marketing or Commerce, I'd recommend you study Mattel's almost 80-year-long journey. You're bound to learn a thing or two about running a globally successful business. But to get an idea of how deep their products are embedded in people's minds, just spend some time with a diehard Hot Wheels enthusiast. He'll make an excellent case study for your "science" project.

Earlier today, we started talking about the Super Treasure Hunt models that Hot Wheels randomly inserted in mainline cases throughout 2019. After looking at the first five cars, there are still ten more to go. So let's get to it! We've included a video of the guys over at Lamley Group unboxing the 2019 STH Set, a rare collectible that's quite hard to find these days.

Mix F introduced the third JDM STH for 2019: the rotary-powered Mazda REPU pickup truck. Once again, some people had a hard time telling this special item apart from the base model. Of course, that's not the case for seasoned Hot Wheels collectors. Still, this situation put a dent in the market value of these items, and you're not likely to pay more than $50 to get one in mint condition.

Next up, case G saw the appearance of the Spectraflame Aquamarine Blue Mustang. You shouldn't mistake this casting for the '84 Mustang SVO. This one was featured as an STH model earlier this year, and opinions on which one of the two looks better are split.

The '92 Mustang sat on Real Riders Larry Wood 5-Spokes wheels and was the 21st iteration of the casting that first came out in 2008. There's a photo of both the STH and the base model included in the gallery, so you can see how hard it is to tell them apart. Prices for this item will vary between $33 to about $120.

People who were lucky enough to find the Super Treasure Hunt inside Case H back in 2019 were probably slightly disappointed to see a green 1968 Mercury Cougar. Mixing a green body with yellow flames isn't exactly ideal, but Mattel made amends in 2021 with a similar version of the same casting.

If there's one thing you can appreciate about this item is that it didn't go unnoticed and brought some shine to the otherwise boring base model. All things considered, you can even get the Cougar STH for less than $20 if you insist on having it.

The '69 Corvette Racer STH came along in case J and was the second special 'Vette that season. If you've been reading our Hot Wheels coverage lately, you might remember seeing our review of it in the final part of the 55 Years of Hot Wheels story.

So let's just skip straight to Mix K and the 2018 Dodge Challenger SRT Demon. Brendon Vetuskey designed this casting, and we had only seen two variations of it before the launch of the Super Treasure Hunt collectible. The Short Card item can trade hands for as much as $150 these days, and keep in mind that another STH Demon came up in 2020.

Case L almost felt like a tragedy for collectors around the world, as they were greeted by the Street Creeper STH. Most people will disregard these completely, at least if they don't feel the need to get the entire Super Treasure Hunt set on display. It was almost identical to the base model, so don't be surprised that the cheapest ones will sell for less than $15 if you don't want the carded version.

Hot Wheels brought the series back on the right path with Case M featuring the Spectraflame Orange Lamborghini Aventador J. This casting had been around since 2013, and there were already six variations of it around. This Spectraflame Orange special item featured Real Riders Exotic wheels, but most collectors still preferred the Aventador Miura Homage STH that came out the previous year. You can get both of these and the 2020 Sesto Elemento STH for about $170 on eBay, while the Aventador J alone will cost you about $40 or less.

EV fans must have been ecstatic to take delivery of Case N back in 2019, as that gave them a chance at finding the Tesla Model S STH. We haven't seen this casting since 2019, as it was last featured in the Hot Wheels id series. The STH looked pretty similar to the base model, but the 10-spoke wheels provided a clue regarding its special status. With any luck, you should be able to buy one for less than $30 today.

For the last two cases of 2019, Hot Wheels took collectors back to Europe. And the Morris Mini was the designated STH for Mix P. This is one of the oldest castings to be featured in the 2019 STH series, as it was first introduced in the year 2000.

Earlier this year Mattel used it as a Treasure Hunt model, and people were quite eager to find one in stores. The STH version used Tan Real Riders Aero wheels, thus amplifying the sporty character of the little Mini. Don't expect this item to put a dent in your budget, as some of the most expensive ones you can find will still cost less than $100.

And now, it's time for the last Super Treasure Hunt of the 2019 collection: the Porsche 911 GT3 RS. Porsche's iconic sports car is always a hit among Hot Wheels enthusiasts, and it can even outrank the Skyline GT-R from time to time. This casting even won the 2019 Lamley Award for best STH of the year, with 35% of the votes versus the SRT Demon's 12%. The GT3 RS looked brilliant in Spectraflame Purple, and it comes as no surprise that you might have to pay more than $100 to get one these days. 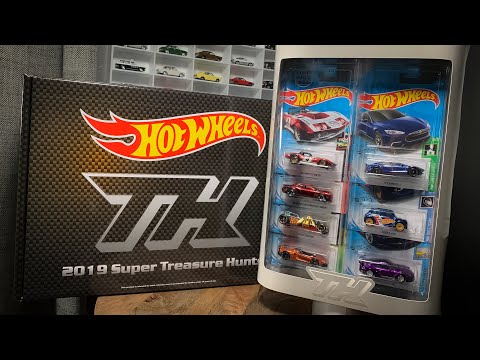 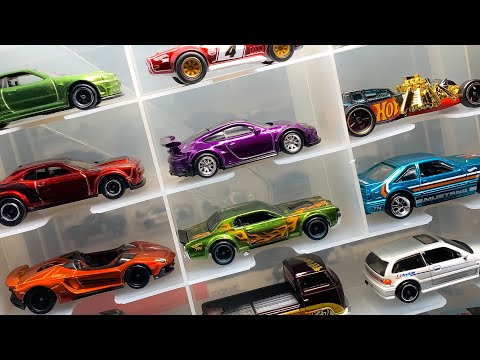