5 Woman Crashes BMW X1 Into Dealership While Trying to Park
Car video reviews:
Up Next

What is the perfect engine for the new BMW X4? Probably not this one, the 30i, unless for some reason you don't want excellent fuel consumption or lots of power.
1 photo
We think the biggest problem with German automakers is that they focus way too much on variety, which costs both them and the consumers money. It's usually the latter that suffers but just look at Volkswagen, who currently can't sell about half their models in Europe.

Also in Europe, there's a declining demand for diesel cars right now, as more and more cities are looking to ban it. "No problem. I'll just get a turbo. It sounds better and feels more sporty anyway," you might say. Except it doesn't unless it's designed specifically for that job.

Take this X4 30i, with its 2-liter turbocharged four-banger cranking out 252 horsepower and 350 Nm of torque. That's almost the same as a Ford Focus ST, and due to the all-wheel-drive, you don't even pay the penalty when it comes to performance. This independent acceleration test shows it takes about 6.7 seconds to reach 100 km/h, which is consistent with the 6.3 seconds claimed by BMW.

We also don't think that the exhaust sounds particularly good. And you should necessarily have low expectations, considering the X4 is part of BMW's sporty lineup. For reference, we've also added a video of a GLC 300 Coupe, which is a direct rival. While does have an optional AMG exhaust system, BMW can't give you that box to tick just yet. Get to it, Spartanburg! 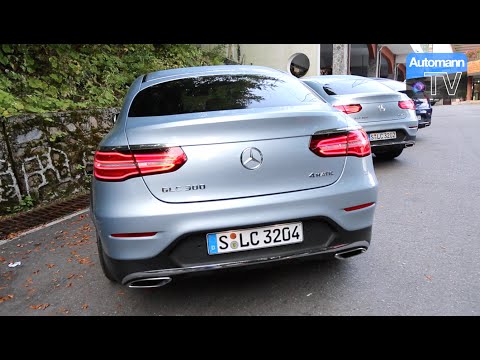