2 Audi S3 vs. Mercedes-AMG A35: Acceleration and Exhaust Sound Battle

Home > News > Car Profile
Mihnea Radu
The new Audi Q3 looks so cool that we don't understand why they're bothering with a Sportback version. Also, the Germans offer a powerful engine even before the S or RS versions come out.
1 photo
This is the Q3 45 TFSI, equipped with a 2-liter turbo four-cylinder making 230 HP and 350 Nm of torque, so the same as a Golf GTI from a few years ago. As standard, this configuration comes with McPherson suspension, all-wheel-drive and a 7-speed automatic of the twin-clutch variety, which makes all the difference when launching.

Our initial reaction to this powertrain was that nobody would buy it. It's got way too much power for a compact family crossover, even when you consider the S line body kit looks very sporty. Plus, the fuel consumption would be taxing, right?

Well, Audi claims it's not that bad, but we wanted to check out an independent test and see what's what. The Polish YouTube channel AutoCentrum conducted extensive fuel consumption tests finding that the Q3 drinks 6.4 l/100km while cruising at 90 km/h. This jumps to 10.1 l/100km at 140 km/h, which still isn't that bad.

When driven hard, the SUV average about 19.1 l/100km while the first 3 km of the morning commute would show consumption of 15 l/100km. Obviously, you could get better numbers from a TDI, but unless they start offering a bi-turbo, this level of performance won't be obtainable. Using a Vbox, Q3 was timed at 0 to 100 km/h in 6.5 seconds. What's more, it hit 60 km/h in only 2.8 seconds. That's basically in line with the official claim.

Being equipped with quattro and S tronic, this version of the Q3 is expensive, starting out at €43,900 before you even add the options. But that's still slightly cheaper than the SQ2 and noticeably more affordable than a €50,000 Skoda Kodiaq RS. 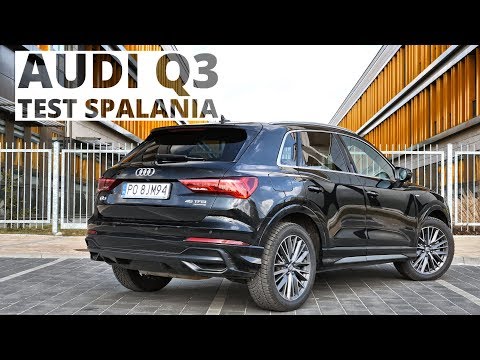 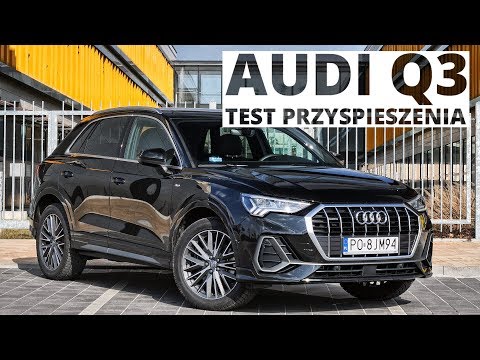