1 Audi to Put an End to Its Predictable Design Approach, Go for (Some) Diversity

2 Spyshots: 2019 Audi A6 Shows Up for Winter Testing Before for Its Imminent Debut

4 Audi US Recalls Around 22,000 Cars for Airbag Issues
Car video reviews:
Up Next

Codenamed C8, the all-new A6 is the centerpiece of the Audi stand at the 88th Geneva Motor Show. The confirmation comes in the form of the #AudiGIMS hashtag featured in the description of the video teaser for the mid-size sedan. And boy, C8 A6 looks superb!
7 photos

The campaign for revealing the newcomer, bit by bit, is identified by another hashtag - #RevealtheA6 – with Audi claiming that more teasers are a-coming on the automaker’s Facebook page and blog. As for the vehicle starring in the teaser at hand, it’s a silver-painted example of the breed bettered by S Line trim for added sportiness.

In a similar fashion to the A8, the A6 is underpinned by the Volkswagen Group’s MLB Evo platform. Transitioning to this vehicle architecture means two things: less curb weight all across the board and improved drivability thanks to 48-volt hybridization.

The heart of the electrical system is a 48-volt belt starter/generator supplied by Continental. This piece of equipment is crucial for the electromechanical adaptive suspension system, especially the predictive function of the suspension. Just like the previous model, the fifth-generation A6 will be supplied with anything from the 2.0-liter TFSI to the 4.0-liter twin-turbocharged V8 in the RS6.

A selection of turbo diesel engines, displacing 2.0 and 3.0 liters, is also expected to make the cut despite the fact Europe is steadily falling out of love with Satan’s Fuel. In regard to transmission, it remains to be seen if the 8-speed auto soldiers on or if the 7-speed dual-clutch from the A7 takes up the challenge of swapping cogs.

The mid-range S6 in both sedan and Avant station wagon styles will benefit from the 2.9-liter twin-turbo V6 found in the RS4 and RS5. These being said, the doors to the media open on March 6th at the 2018 Geneva Motor Show. Audi will be expecting the public from March 8th to see the all-new A6 in the flesh at stand 1060. 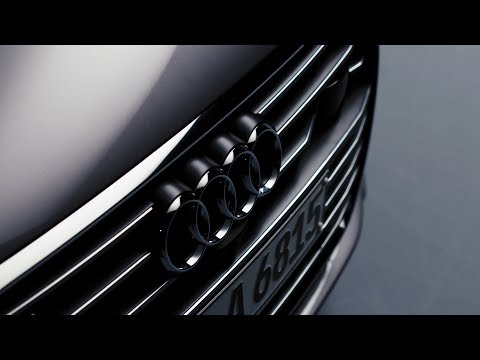