Home > News > Car Profile
Alex Oagana
Not even a whole week has passed since our collaborating spy photographers sent us what they thought were the first ever spy photos with the 2018 Mercedes-Benz GLE.
1 photo
Our intuition and a closer scrutiny of the images made us believe and state that the model depicted in them was actually the future GLB-Class, a compact SUV that will find itself between the GLA and the GLC in Mercedes' future SUV lineup.

Meanwhile, the actual GLE part deux has finally begun testing on public roads in Germany, and this is the first spy video of the model in action.

As you can see, the heavily camouflaged SUV is flanked by a current-generation C-Class and an E-Class, and underneath all that camo is actually a mule, not a pre-production vehicle.

Despite using the body of the facelifted M-Class/GLE W166, its more modern underpinning are obvious, with both front and rear tracks being much wider than the body.

Set to be based on a new architecture called MHA (Modular High Platform), the 2018 GLE (W167) will share its drivetrains with the second-generation GLE Coupe and the next GLS, which may also receive a Maybach version.

Not yet confirmed, but there are talks that MHA will also underpin a future G-Class replacement as well. Using a hefty amount of high-strength steel and aluminum, weight should drop substantially, with the 4- and 6-cylinder versions of the upcoming GLE to go bellow 2,000 kg (4,410 pounds) for the first time in this segment.

Speaking of cylinders, the 2018 Mercedes-Benz GLE (W167) will get an assortment of turbocharged and mild-hybrid powerplants, along with an improved hybrid and plug-in hybrid offering.

The mid-range powerplant will be a 3.0-liter, turbocharged inline-six with a small electric motor taped to the engine, which should help diminish turbo lag, assist during acceleration and provide and improved coasting function at certain moments. Part of a modular engine family, it will have interchangeable parts with all four- and six-cylinder mills from the future Mercedes-Benz lineup, whether they run on gasoline or diesel.

The mild-hybrid function wouldn't be possible without the implementation of a 48-volt electrical system developed around a small lithium-ion battery, but we will hear more about the technology once the 2018 S-Class facelift is launched in 2017.

Other than that, you should expect the new GLE to offer a much-improved cabin and introduce more gizmos, such as gesture controls and even more semi-autonomous functions. 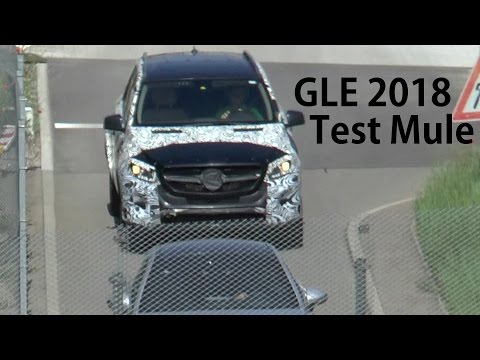