You can tell a lot about a person judging by the car they're driving. Although we are all unique in certain aspects, you can identify some patterns after looking at a broader audience. Some people will buy a supercar and never take it to the track, and that's fine.

We each have our reasons behind the decisions we make. But some will get their hands on a Lamborghini and think to themselves: "I need more of this." We already know that power and speed can be quite intoxicating in a way. If you've been driving a 300-horsepower car for years and years, it's not going to feel as fast anymore. You get used to the power, and the initial excitement fades away in time.

Tuning is a great way of changing that, and the sky is the limit. With the right budget, almost any car can become a 3,000-horsepower drag racing weapon. But for automotive enthusiasts, style is an important component to consider.

With that kind of power, you'll be quite fast down the quarter-mile (402 meters). But doing it in a regular family car just won't cut it. Using a sports car or a muscle car makes a lot more sense, but you won't necessarily be unique.

On the other hand, everyone is going to talk about a tuned exotic. We can still remember the day that Undeground Racing posted its first video on Youtube. It happened 14 years ago, and that video showed a twin-turbo Lamborghini Gallardo performing a dyno test.

That car had an output of over 1,000 rwhp, which was quite impressive at the time. You need to consider the fact that Lamborghini was still selling the Murcielago LP 640 back then. And their flagship vehicle was rated at 631 hp, considerably less than the tuned Gallardo from North Carolina.

The years passed and the people at Underground Racing continued to express their creativity by tuning supercars. Looking back at their achievements, it's no wonder that the phrase "World's fastest street-legal twin-turbocharged Lamborghinis" is now attached to their name.

It's not unheard of for some of their Huracans to run the quarter-mile in 8 seconds or less. And it's also common to expect these machines to hit speeds of over 230 mph (370 kph).

So in a way, you could say that any UR Lamborghini is kind of a super sleeper. Everyone knows a Huracan is pretty fast, but no one would expect it to be able to take on a Veyron for instance. If all this has opened up your appetite for speed, there are two ways of getting there.

Option one is probably the more expensive one, and it can be quite time-consuming as well. First, you have to buy a Huracan. There are quite a few variants to choose from, but you'd best pick one that has AWD considering the next step.

The most insane way of doing things is opting for the X Version Twin Turbo System with a highly modified engine. That will boost performance figures up to 1,200 whp on pump gas, and between 2,200 to 3,000 whp on race fuel.

And you just know that something is going to be expensive when instead of displaying the price there's a message saying "Call for pricing" instead. But we do have the numbers for the Stage 3 Plus package: $175,000 installed for 1,400 whp on race gas. That means you're getting close to 1,800 hp, which is more than you'd get in a Bugatti Chiron.

At this point, you'd have spent almost half a million dollars. But you'd probably be up there in the 1%, driving one of the fastest cars ever to go on public roads. Now, going back to option number two.

Instead of buying a Lamborghini and then taking it to Underground Racing, why not get one that has been already upgraded? This 2018 Huracan LP 640-4 Performante has only got 11,000 miles (17,702 km) on the odometer, and it has all the goodies inside. With a billet transmission upgrade and billet turbochargers, there should be some reliability to it as well.

This vehicle looks stellar inside and out, and at this point, the only upgrade you could think of maybe would be a Super Trofeo EVO body kit. But that would attract way too much attention and would detract from the almost-stock look of the car.

Bragging to your friends about all the upgrades on it is going to require some practice, but there's always the option of just flooring it instead of talking. Either way, "call for pricing" is a good indicator that this Huracan LP 640-4 Performante is not for the faint-hearted. 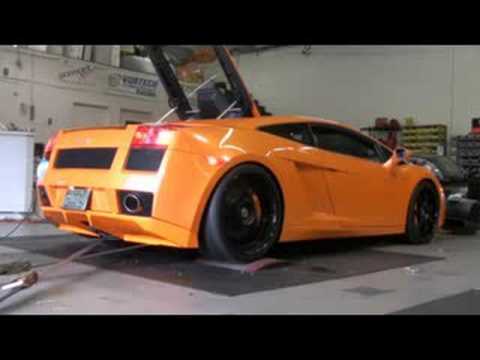 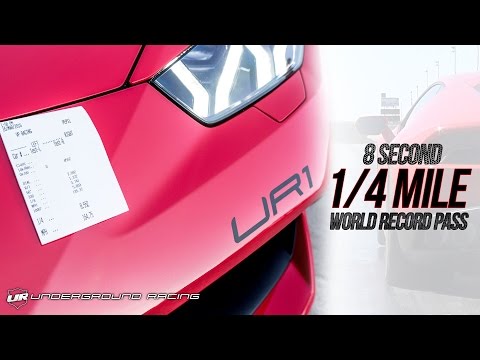