2 2018 Volkswagen Polo Rendered for No Reason Looks Too Serious

Volkswagen’s next-generation Polo and Polo GTI are being tested by the company’s engineering team, and our spy photographers from SB-Medien were there to catch the moment.
6 photos

This time, we have a video of the new Volkswagen Polo and its GTI sibling while driving near the Nurburgring. Yes, you read that right, it was not driving on the Nurburgring per se, but in the city near the world’s most demanding racetrack.

Volkswagen will probably introduce the 2017 Polo prototype on the Green Hell, as most automakers do these days even with the models that do not have any sporty ambitions. Its GTI brother, also visible in the video, is expected to come to the world's most demanding race track.

As some of you already know, the upcoming Polo is built on an all-new platform. Instead of the PQ25 solution used by the ongoing model, the next Polo is sitting on the MQB A0.

Evidently, the MQB is not an all-new platform, but its A0 variation is entirely new, as the 2017 Polo will be the first to use it.

The 2017 Polo will be the sixth generation of the German supermini, and it will bring numerous changes into the range. First of all, the 1.6-liter TDI engine will be eliminated from the offering, and so will some of the 1.2-liter and 1.4-liter units. Instead of these, Volkswagen is expected to fit its next-generation 1.5-liter engine range.

The German corporation has developed an all-new powerplant, which will be offered in both gasoline and diesel versions, and has a capacity of 1.5-liters. It will first appear on the Golf, but the Polo will get it because it has an improved level of efficiency. Thanks to it, the Polo Mk6 will have better performance, enhanced fuel economy, and will be ready for more future upgrades.

Evidently, some entry-level engine options will still exist, in the form of a 1.0-liter three-cylinder unit, which will also be available in a turbocharged version. The other changes applied to the 2017 Polo will include a larger body, with a significantly increased wheelbase, as well as a bigger trunk and more tech elements. 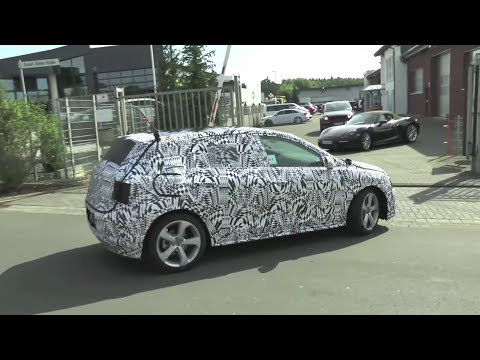