1 Buick Considers Launching A Wagon In The USA, Could Come In 2018

2017 Opel Insignia Stretches Its Legs On the Nurburgring Nordschleife

The Insignia is, all things considered, older than an old dog. Two days from now on, the Insignia will celebrate its eighth anniversary since the mid-size sedan made its debut. In these circumstances, an heir is dearly needed to keep things fresh.
32 photos

That heir apparent will step into the limelight as soon as the 2017 Paris Motor Show, which is slated to open its doors to the public in October. It will be bigger, longer, wider, yet sleeker and lighter. The key to its lightness is the E2XX platform, a vehicle architecture which succeeds the Epsilon II.

As far as exterior design is concerned, the 2017 Opel Insignia won’t be a showstopper. It won’t be ugly either. Between it and its Vauxhall and Holden surrogates, the second-generation Insignia will differ in only two ways: the badge, of course, and the design of the front grille. Depending on the market, the 2017 Opel Insignia will be available with a varied assortment of engines. In Europe, four-cylinder turbo units will have to suffice. Word has it that a 1.0-liter three-banger is also in the cards, but I’m hard pressed to believe it.

A high-performance OPC / VXR specification will be made available as well, but not much is known about what sort of powerplant will motivate it. The current model, for example, has its four wheels driven by a 325 PS (320 horsepower) 2.8-liter force-fed V6 powerplant. I’m willing to bet a couple of bucks that engine won’t be available in the new Insignia OPC / VXR for a simple reason: it's based on the HFV6 engine family, which dates back to 2004.

Other than Europe and Australia / New Zealand, the Insignia will also find its way to the U.S. as the 2018 Buick Regal. Expected to arrive sometime in 2017, the Regal will be a four-door sedan, not a five-door liftback. 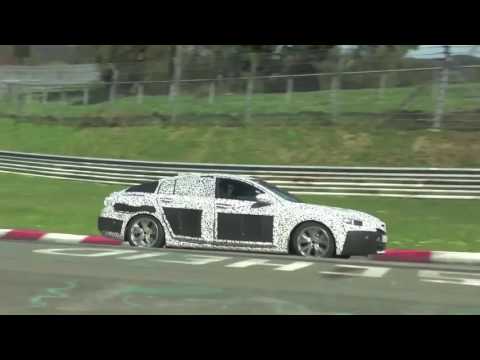