3 Mazda CX-9 Might Come to Europe, Needs a Diesel First

The Mazda MX-5 - or the Miata, as its friends like to call it - has long reached legendary status, and it didn't do it thanks to big engines and fat tires. Well, they didn't hurt either when people started modifying the small roadster, but initially, it was the pure driving joy it offered that won everybody over.
1 photo
In the year 2016, its appeal is increased ten-fold as it remains one of the last sports cars to come equipped with a naturally aspirated engine instead of a turbocharged one. For those of a more tender age who were born into the turbo-times and don't get what the big deal is, I'm sorry, but you only have two options: you either go out, find a sports car with an atmospheric engine and find out for yourself, or you just take our word for it.

There's something about the way these cars accelerate that can't be put into words. It's nowhere near as fast as a turbocharged car, and it's not as brutal either, so you can't really say it's better, but it's definitely... special. The sound plays a strong part - and there's plenty of that to be had in the video below - as does the rev counter needle that seems to be drawn towards the red zone.

The video offers a quick walk around as well as a short presentation of the interior before the actual acceleration test happens. Don't expect it to be timed or anything, and all the better for it, since the driver doesn't do the best job possible (there's a cock-up with the first gear change - remember this is a manual - and he also short-shifts from 5th to 6th, forcing the car to gain speed in a gear that's designed for cruising).

Still, considering this is a car with a two-liter four-cylinder naturally aspirated engine that only develops 160 hp and 200 Nm (147 lb-ft), this performance looks and sounds pretty solid. And let's not forget that the real strong suit of the MX-5 is its handling. 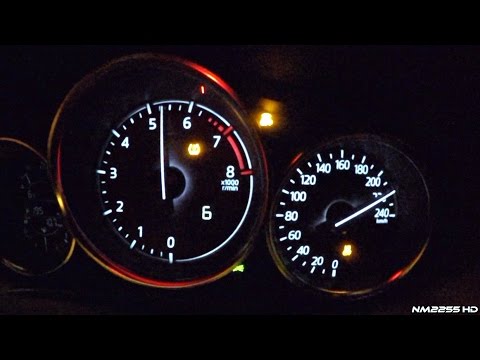