1 N Performance Might Also Extend to Hyundai and Genesis Models

4 Hyundai i30 N Series Prototype Mule Spied, Is This A True Hot Hatch?

5 Spyshots: Hyundai i30 N Hot Hatch Seen for the First Time
Up Next

2017 Hyundai i30 Spied Testing Near the Arctic Circle

Sebastian Toma
Hyundai engineers are testing the MY 2017 i30 near the Arctic Circle.
9 photos

The company is testing the prototype of the upcoming i30 compact hatchback beside the Kia Optima Sportwagon. The hatchback is being benchmarked to see how it fares when compared to the Volkswagen Golf and the Ford Focus, two of the most successful cars in the compact segment. Since we’re talking about the Arctic Circle, the test group is facing temperatures of -30 degrees Celsius (- 22 Fahrenheit), putting tension on man and machine alike.

The next generation of the Hyundai i30 will be the first ever in the manufacturer’s compact car history to receive a performance version. We don’t have any pictures of the prototype of an i30 N in the photo gallery of this article, but we already know that the company has tested it on the Nurburgring.

In the case of the prototypes being tested near the Arctic Circle, Hyundai’s engineers are probably making last minute changes and adjustments before launching the new generation of the brand’s compact hatchback. The MY 2017 Hyundai i30 would be the third generation of the car.

However, the shorter timeframe between the launch of two generations of compact cars allows Hyundai to adjust its model to market requirements and customer expectations. The car has been significantly improved from the first to the second generation. From soundproofing to interior space and handling, Hyundai made a better i30. We expect the third generation of this car to be extremely close to the Ford Focus and the Volkswagen Golf.
Hyundai i30 N on the Nurburgring 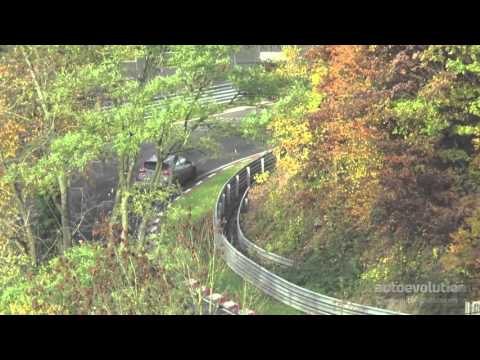