Renault Mid-Size SUV to Be Named Kilimandjaro or Kayak

Citroen has released the first photographs of the 2017 C3, but the French company only showed the competition version of the new B-segment hatchback.
9 photos

The first pictures of the upcoming C3 are focused on the WRC version of the French car, which will race in the most important class of rallying in the world starting next year.

Instead of sticking with the DS3 and providing it with an update for current FIA regulations, the French brand has decided to separate its competition department from the DS brand and developed a new generation of racing cars on the platform of the upcoming C3.

Citroen let driver Kris Meeke be the first to test the new race car, and he performed gravel runs in the area of Chateau de Lastours and Fontjoncouse.

Meeke stated that the new car is “fascinating” thanks to the efficiency of the aerodynamic enhancements and the increased power level, WRC reports.

While the 1.6-liter turbocharged engine and its 380 HP output are interesting, the showcase of Citroen’s WRC fighter for 2017 is more important than others because it reveals the design language behind the next generation of the street version of the car.

As most of you know, rally cars are loosely based on their street equivalents, and WRC models make no exception. While the components are not interchangeable between the street and rally version, and the mechanical parts are not shared in any way, the race cars follow the same design language as the production models whose names they bear.

So, in the case of the upcoming Citroen C3, we now have an idea regarding the style that will be applied to the front end of the new hatchback, as well as a hint regarding the front bumper design. Naturally, the production model destined for regular customers will not have a huge wing, hood scoop, or fender flares, but the window line and general shape of the car will be replicated.

If Citroen goes forward with this sleek front grille and headlamps, the carmaker has a promising design in front of them. Fortunately, we do not have to wait for long, as the new C3 is only a few months away from unveiling. 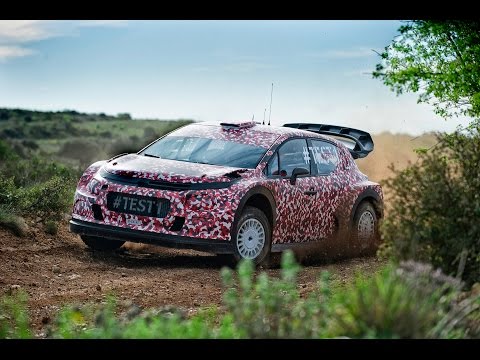