The Chevrolet Bolt may be a lot of things, but it's definitely no race car. Neither is the Volkswagen Golf GTI if we're honest, but at least it has a few details that bring it closer to one.
8 photos

Things like the larger air intakes or the twin exhaust pipes, for example. tell you you're in the presence of something that can go faster than most cars. Unfortunately, these are also features that would look out of place on an electric vehicle, and for a very good and simple reason: they actually would be.

Without an atmospheric engine, the EV needs way less air to cool its radiators, so the front end of these things are notoriously closed shut. Any air trap means more drag, and more drag means fewer miles for that vital maximum range obtained from a single charge. As for the tailpipes, that's not even worth going into.

Sure, the Bolt gets extra race car points deducted for resembling a miniature minivan, but that has less to do with it being an EV and more with GM's intention of making it as practical as possible. And, as we all know, practicality doesn't bode well with speed and practicality.

Well, at least it didn't until the Tesla Model S came about and showed supercars how a drag race is won with seven seats and two trunks. The combination of instant torque and smaller drive unit (plus virtually no transmission) have given EVs the ability to combine the best of two worlds with little to no compromise.

That's probably why GM felt confident enough to organize an Autocross session with its Chevrolet Bolt, and as if driving that thing on tight courses wasn't bold enough, it also brought a Volkswagen Golf GTI for comparison.

Before we get into results and stuff like that, may we just say that watching these cars zip around the improvised tracks with nothing but tire squealing breaking the silence is the utmost surreal sight we've seen in a while? Where there are usually engines revving high (you don't get to change a lot of gears on courses like these), with the Bolt there's just the occasional screech.

That's not to say it doesn't do well. In fact, the guys from InsideEVs who took part in the event said that the Golf was less than one second faster with both cars driven by the same experienced driver. Given the Bolt's acceleration and low center of mass, that was somewhat to be expected. The only doubt one might have had was the vehicle's handling, and it seems like that worry has been brushed aside as well. Should we get ready to say hello to the new Autocross king? Let's not get ahead of ourselves. 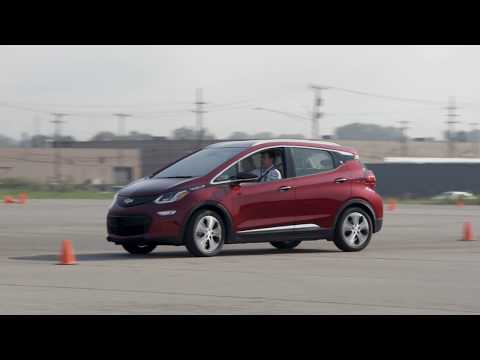 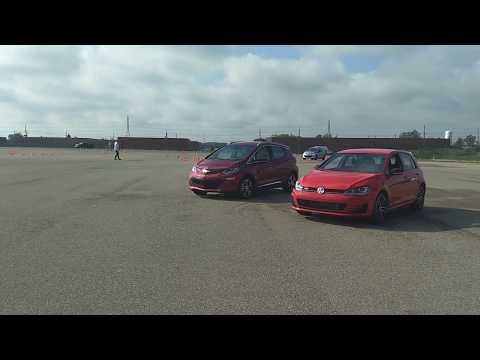