4 Mercedes GLE Coupe to Be Featured in Jurassic World

The 2016 Mercedes-Benz GLE Coupé is still rare enough to guarantee most heads will turn when it passes by. It's also quite an apparition, even though that doesn't necessarily make it a beautiful car in the purest sense of the word.
1 photo
Just like it happened with its forefather from another mother, the BMW X6, some will love the bold looks of the GLE Coupé while others will loathe them. As it's always the case when design is involved, no party is either right or wrong, they just happen to have diverging opinions.

Sometimes, the choice of color can make a huge difference. For instance, the first GLE Coupé I saw in the flesh was black, which is the worst possible choice for this car (and that says a lot since white is still on the table). The Mercedes-Benz GLE Coupé in this video is red and they couldn't have gone for a better color.

That may be due to the absolutely stunning backdrops provided by the Baltic Coast, offering the kind of chromatic contrast that sends photographers into nirvana. The light up there is also special with the sun being a lot milder than lower to the South. These add up to create the perfect conditions for some soothing images that will make you call the travel agency and book a holiday over there next year.

Watching the clip you can't help but wonder: is this a promo for the Mercedes-Benz GLE Coupé, or is meant to convince people to visit the Baltic Coast? Uhm, who cares as long as it's doing both so damn well?

Apart from the car and the scenery, photojournalist Andreas Lindlahr is to blame for all this. He's the one who set off along Denmark's shoreline and down to Germany's Northern coast in what is described as "a little escape from everyday life." If this is 'little', we'd really like to see something similar of the larger variety. 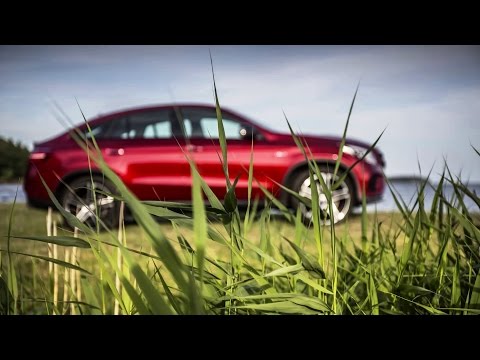