As faith would have it, the next iteration of Cadillac's super sedan will quite probably ditch its supercharged V8 powerhouse over a new twin-turbo eight-cylinder mill packing upwards of 560 horsepower for better performance and improved fuel economy.
9 photos

We already showed you how the facelifted CTS will look like when it'll reach dealer showrooms in the second quarter of 2014 and GM revealed that the smaller 2015 Cadillac ATS-V will get a 3.6-liter twin-turbo V6 mill with BMW M4-rivaling power.

But the big question at this moment is what will lurk under the angular hood of the 2016 model year Cadillac CTS-V performance sedan. Our carparazzi's latest set of spy photos gave us a number of tell-tale signs that made us wonder if the pumped up four-door Caddy will not get an improved version of the supercharged V8 we all know and love, but a newly developed powerplant with two turbochargers strapped to it for good measure.

The visual clues that made us think so can be seen on the camouflaged test mule you can check out in our photo gallery below. Look closely behind the intakes on both corners of the lower front grille. See the delicate fins of what appears to be a pair of air-to-air intercoolers? You wouldn't strap a pair of intercoolers to an engine if the mill isn't turbocharged, right? 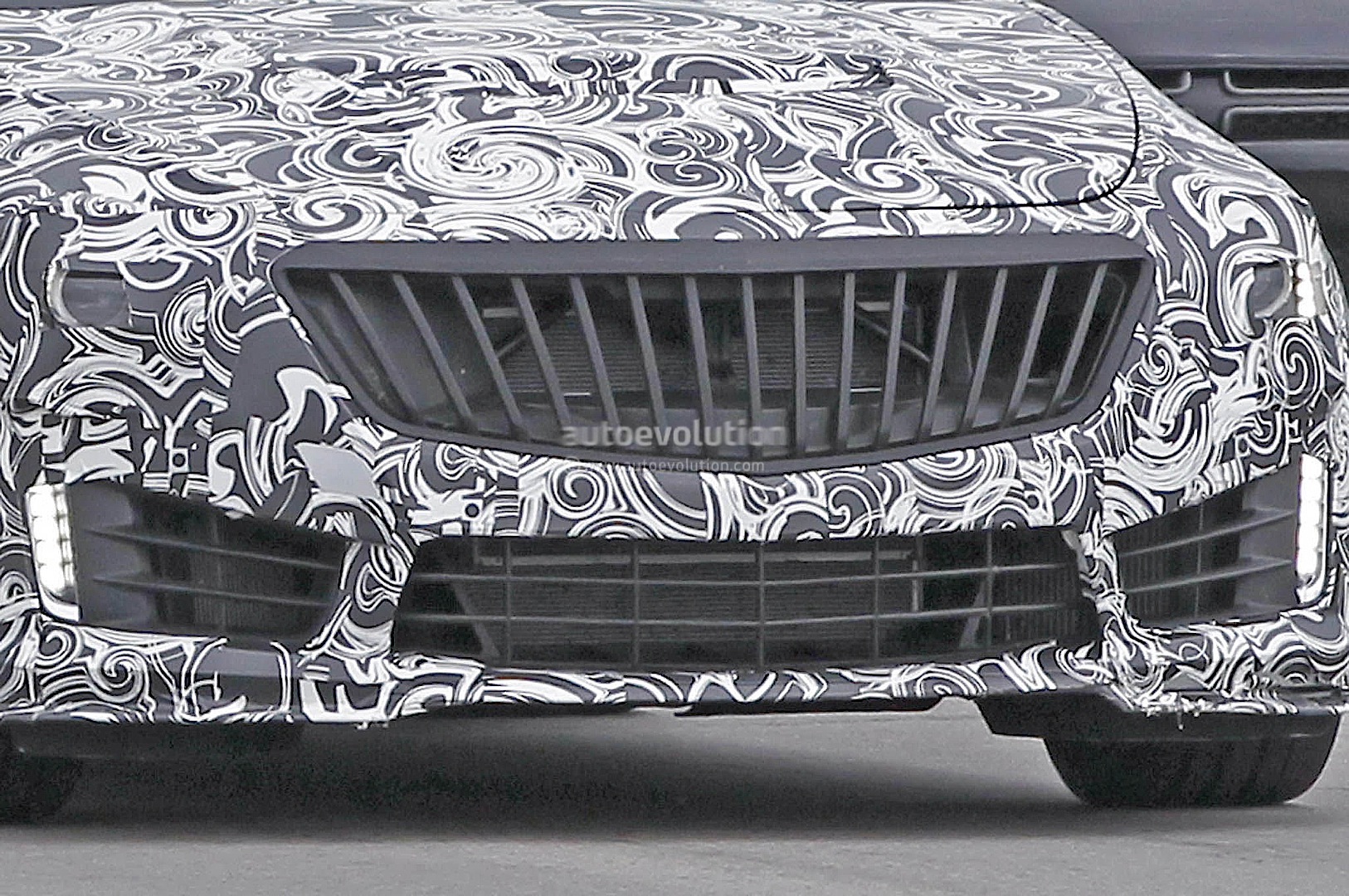 Heck, even it's main rival from Germany, the BMW M5 F10, boasts a twin-turbocharged V8 as well, so it's highly probable that Caddy will adopt the same recipe with the 2016 CTS-V. Until this moment, it was widely regarded that the future model will be powered by the supercharged V8 from the 2015 Corvette Z06, but the intercooler on that unit sits atop the vee, not low down in the engine bay as we've seen in this latest set of spyshots.

If the Bimmer churns out 560 horsepower and the Mercedes-Benz E63 AMG 550 horsepower, let's hope that Cadillac engineers will wring out at least 560 all-American horses from the new powerplant. As for displacement, we don't really know if the CTS-V will offer the same 6.2 liters or if it'll borrow the 4.5-liter twin-turbo V8 that powers the Cadillac Elmiraj concept car.

Other high performance cues on this car include hood vents similar to the ones found on the Corvette, large brake calipers for better stopping power with two-piece brake rotors, light-weight alloy wheels, wide rear tires and quad exhaust tips. Expect the 2016 Cadillac CTS-V to start production by the end of August 2015.