Gabriel Nica
Along with the new MINI Cooper Hatch, the British brand under the umbrella of the BMW Group decided to replace the old Prince engine under its bonnet. Naturally, that brought up a couple of question marks but as we found in our review, there’s nothing you need to worry about in the engine bay area. What will give you nightmares will be the tremendous amount of customizing possibilities.
1 photo 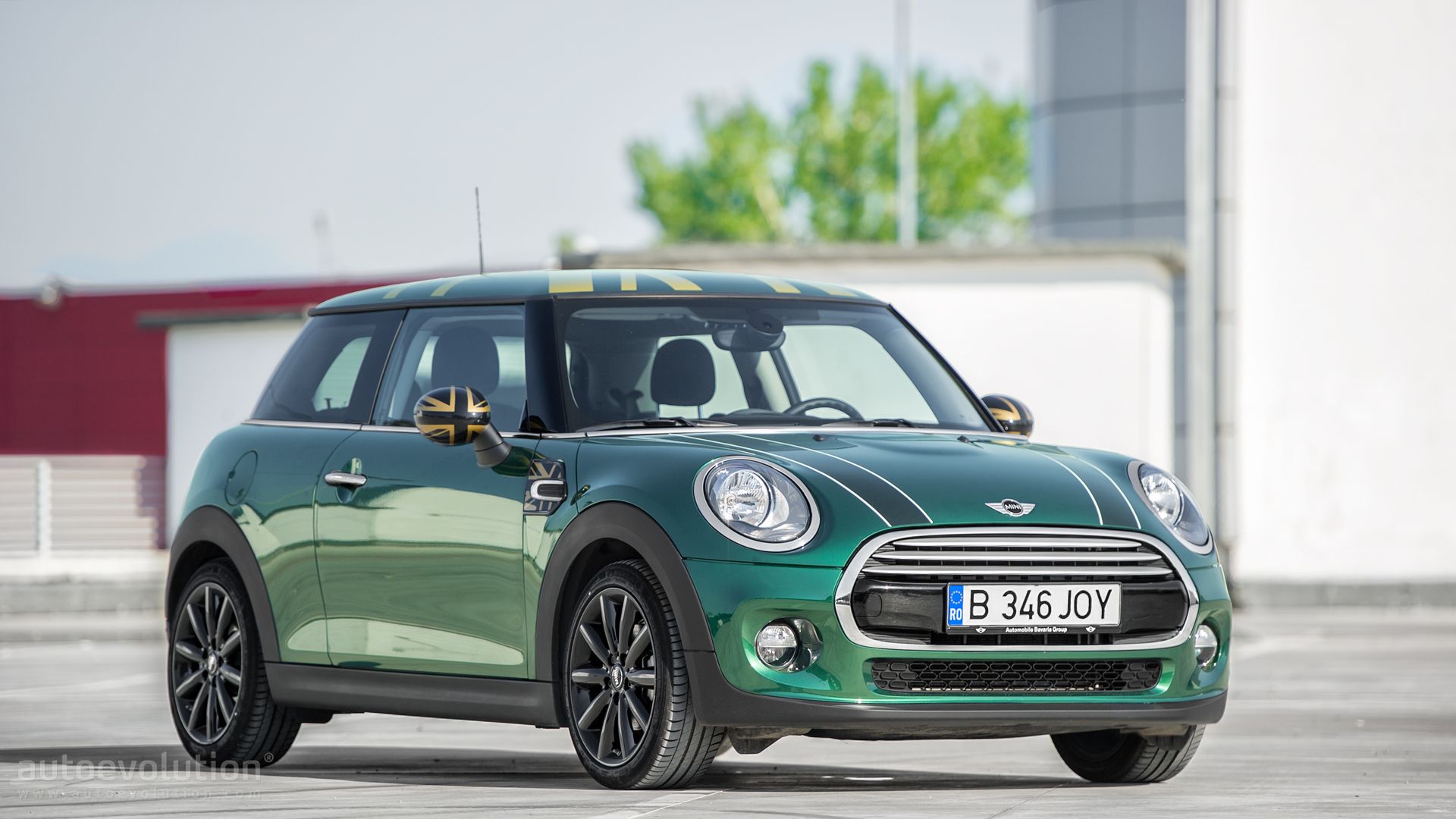 Apparently MINI understood that their primary demographic is made up of young people that want their cars to send a message. The best way to do that is to make them as custom as possible and that implies a long list of optional features as well as numerous possibilities of combining them. 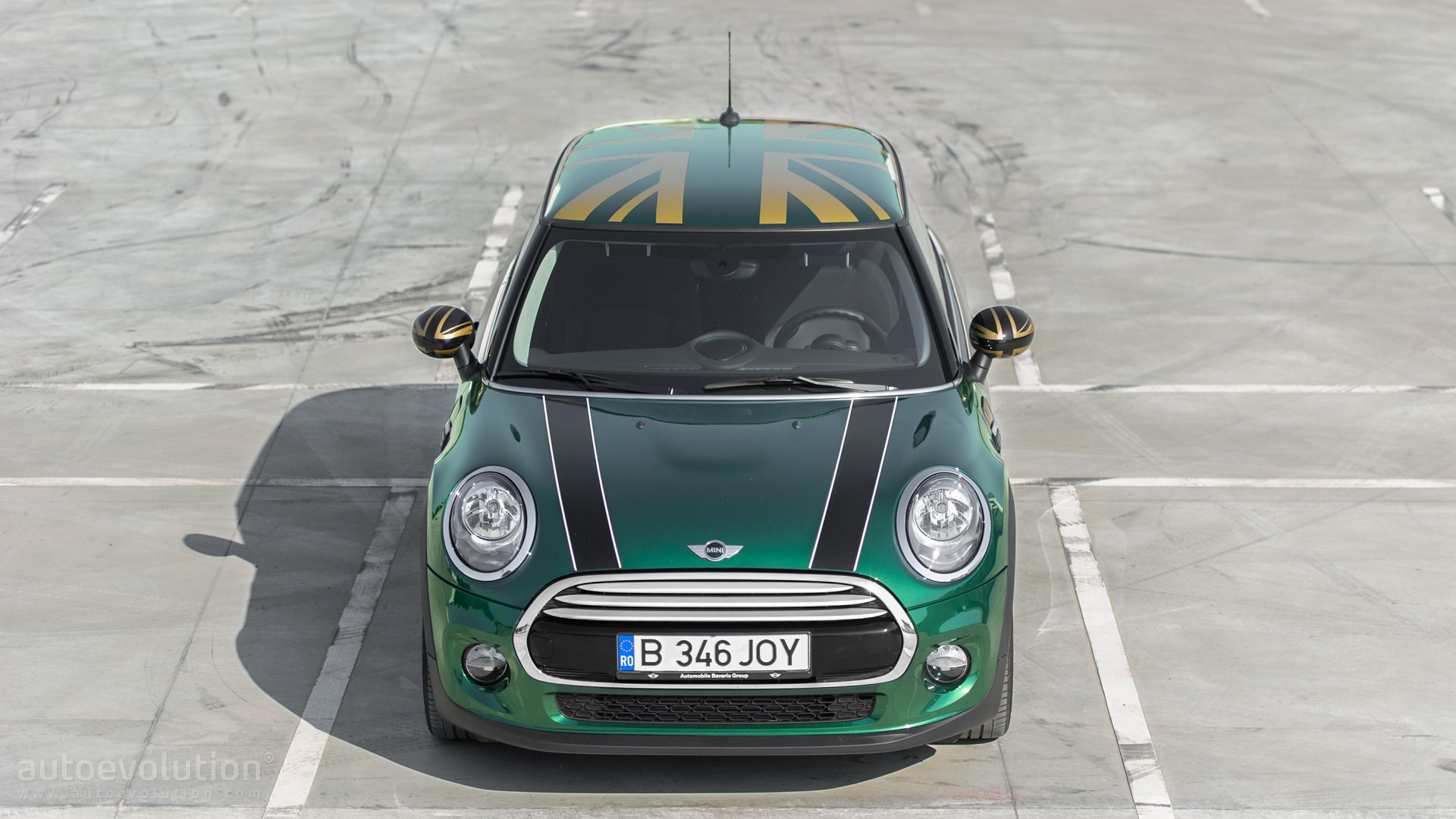 Our tester was configured to be reasonably priced at the end. Therefore, no fancy options were added to it. He had simple halogen lights up front and the car was painted in a beautiful, timeless British Racing Green metallic paint combined with black stripes on the bonnet and the Union Jack flag in gold on the roof, mirror caps and side gills. 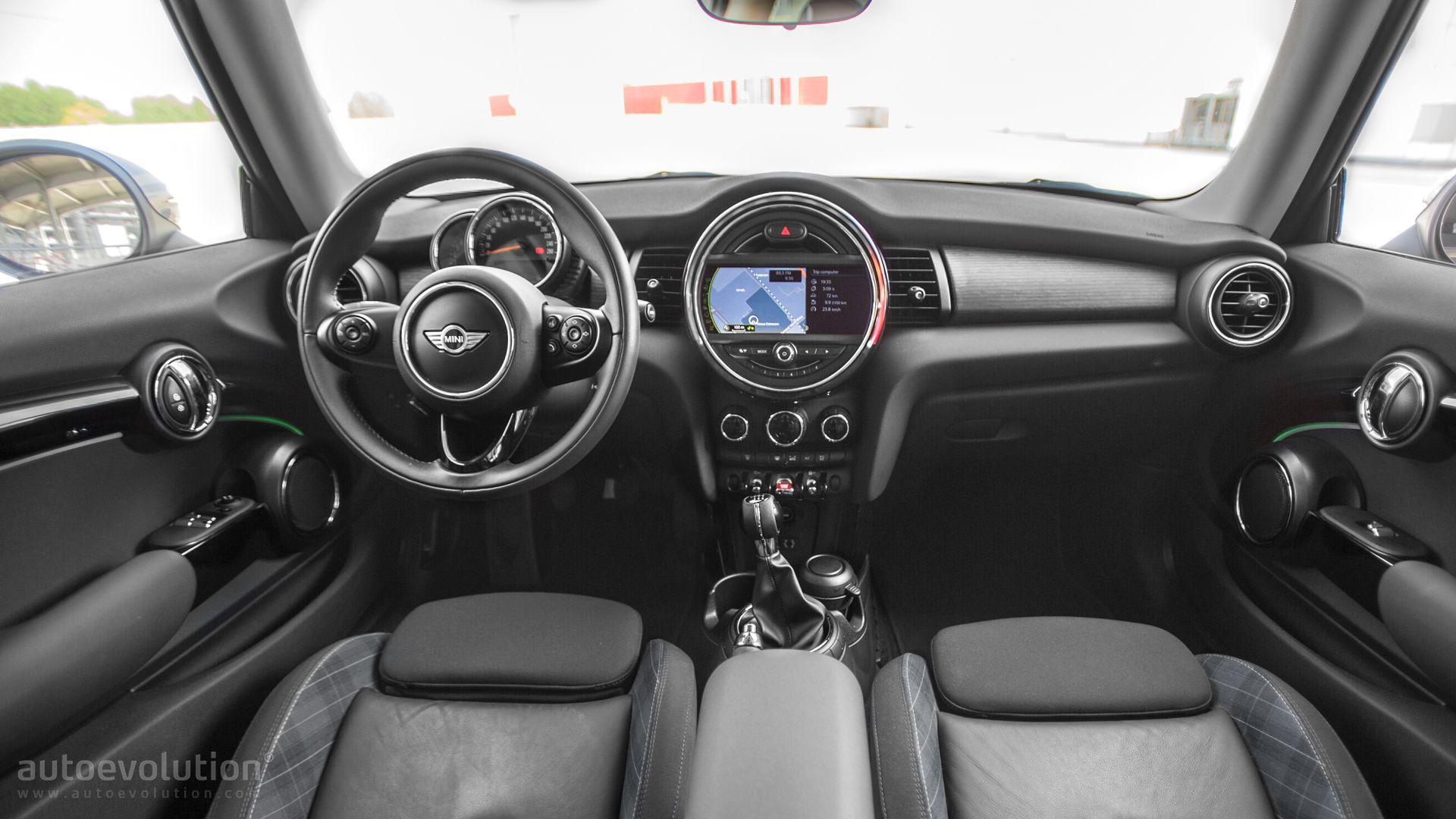 Inside we were greeted by a cloth/leather combination with Diamond Carbon black details. Looking fresh, it worked with the layout of the rest of the cabin. What will surely catch your eye will be the center speedometer that was replaced by the Navigation Screen, surrounded by lively LEDs. Oh, and did we mention the changing ambient lights? 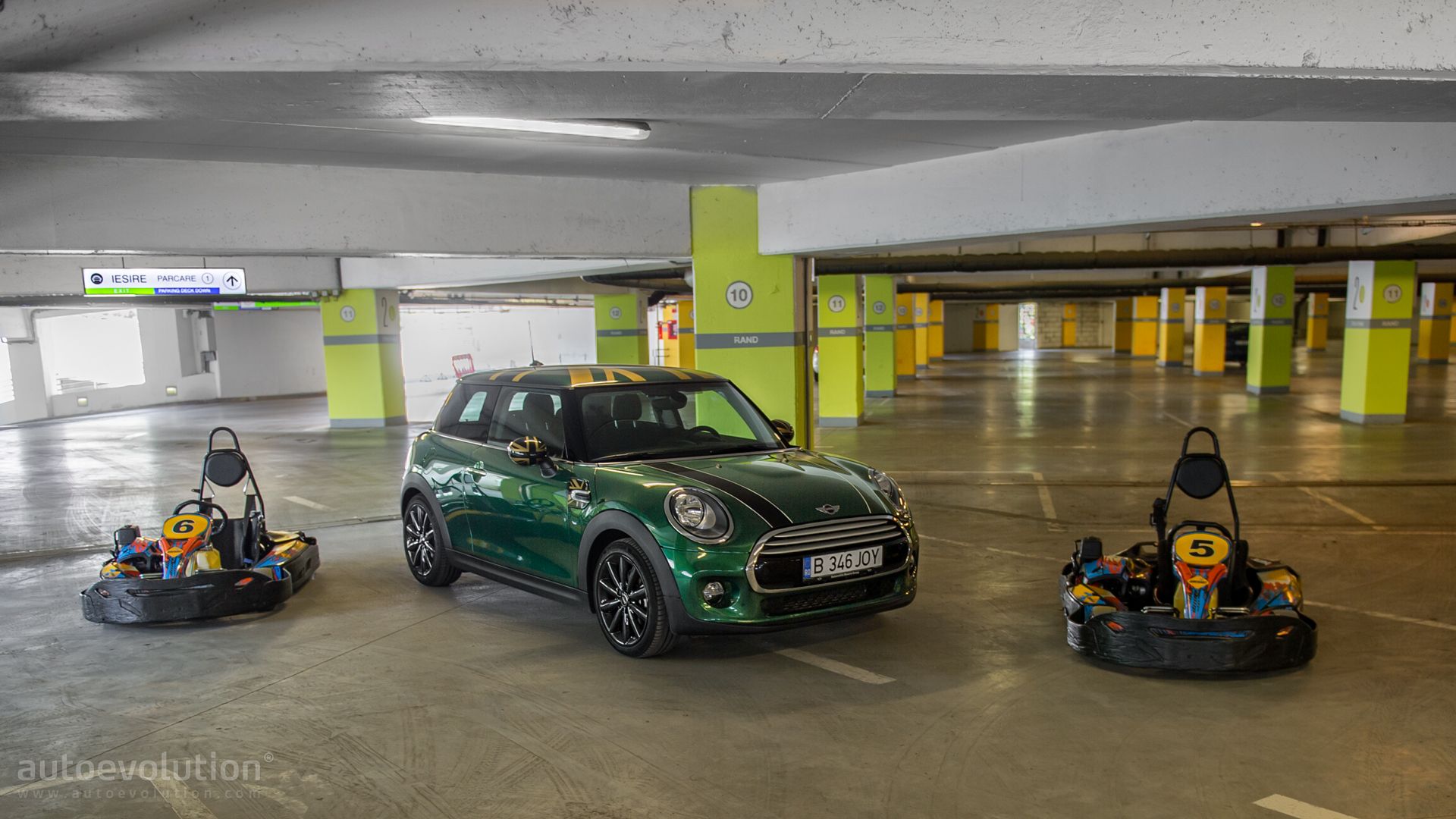 In pure MINI style, we also travelled to a small karting circuit and wanted to put this little bad boy to the test. Despite its 1.5-liter 3-cylinder being considered small, we still wanted to give it a go. Unfortunately, technicalities prevented us from driving on the circuit’s tarmac but we still shot some photos of the car next to some karts. 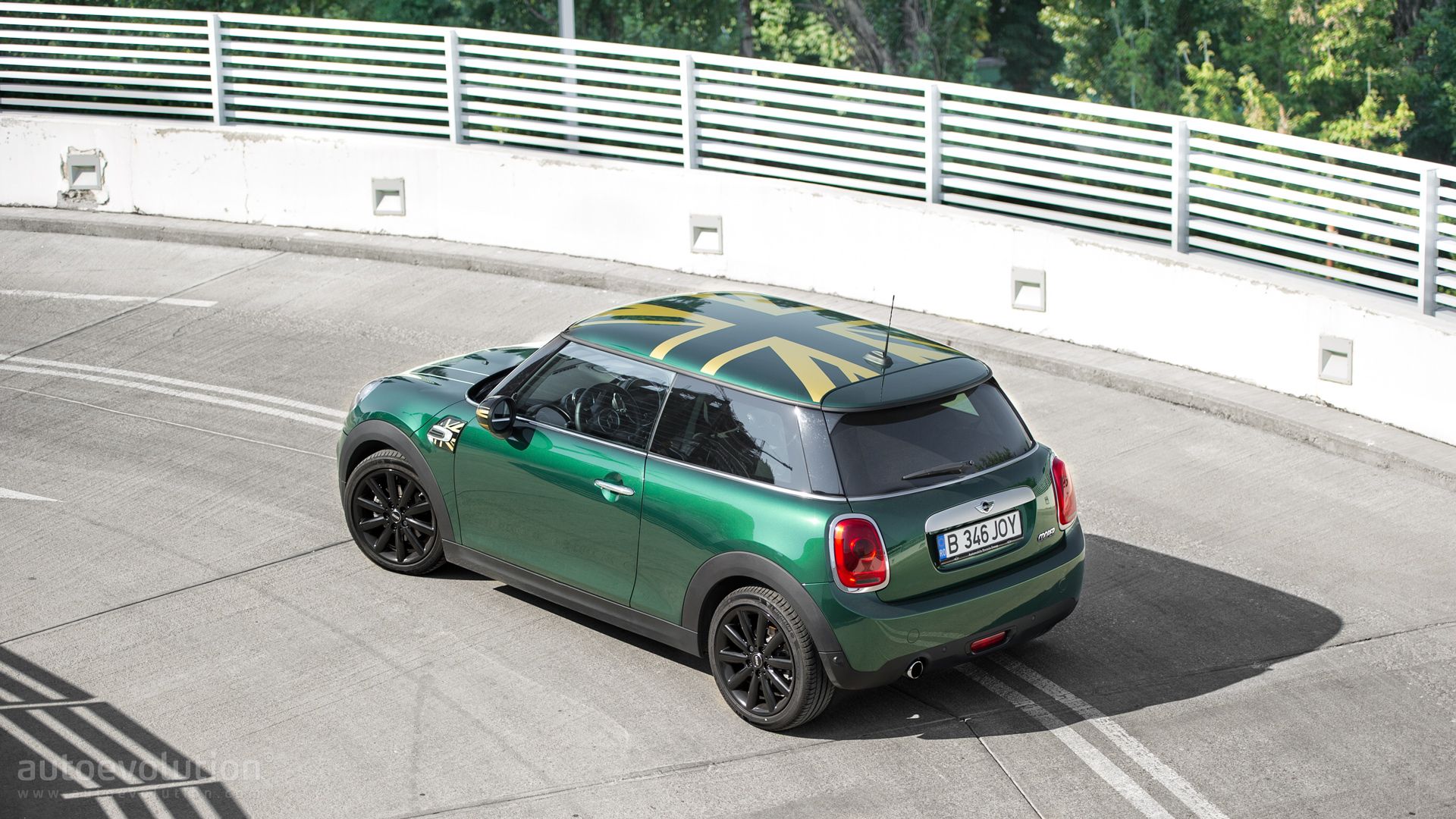 That being said, it was a blast to spend a couple of days behind the wheel of the MINI Cooper. We discovered its character as well as more than enough HD wallpapers for your desktop. Enjoy!