2015 Mercedes-Benz V-Class Like You'Ve Never Seen It Before: HD Wallpapers

We’re sorry, we tried really hard to get our hands on a Mercedes-Benz V-Class with the interior covered in latex after making a connection between this Merc and the 2015 Pirelli Calendar, which is covered in the fetish material. Alas, all we could come up with was a V with a full leather cabin. Willing to compensate for that, we decided to bring you the V-Class like you’ve never seen it before, making the car the topic of the adjacent HD Wallpapers.
1 photo 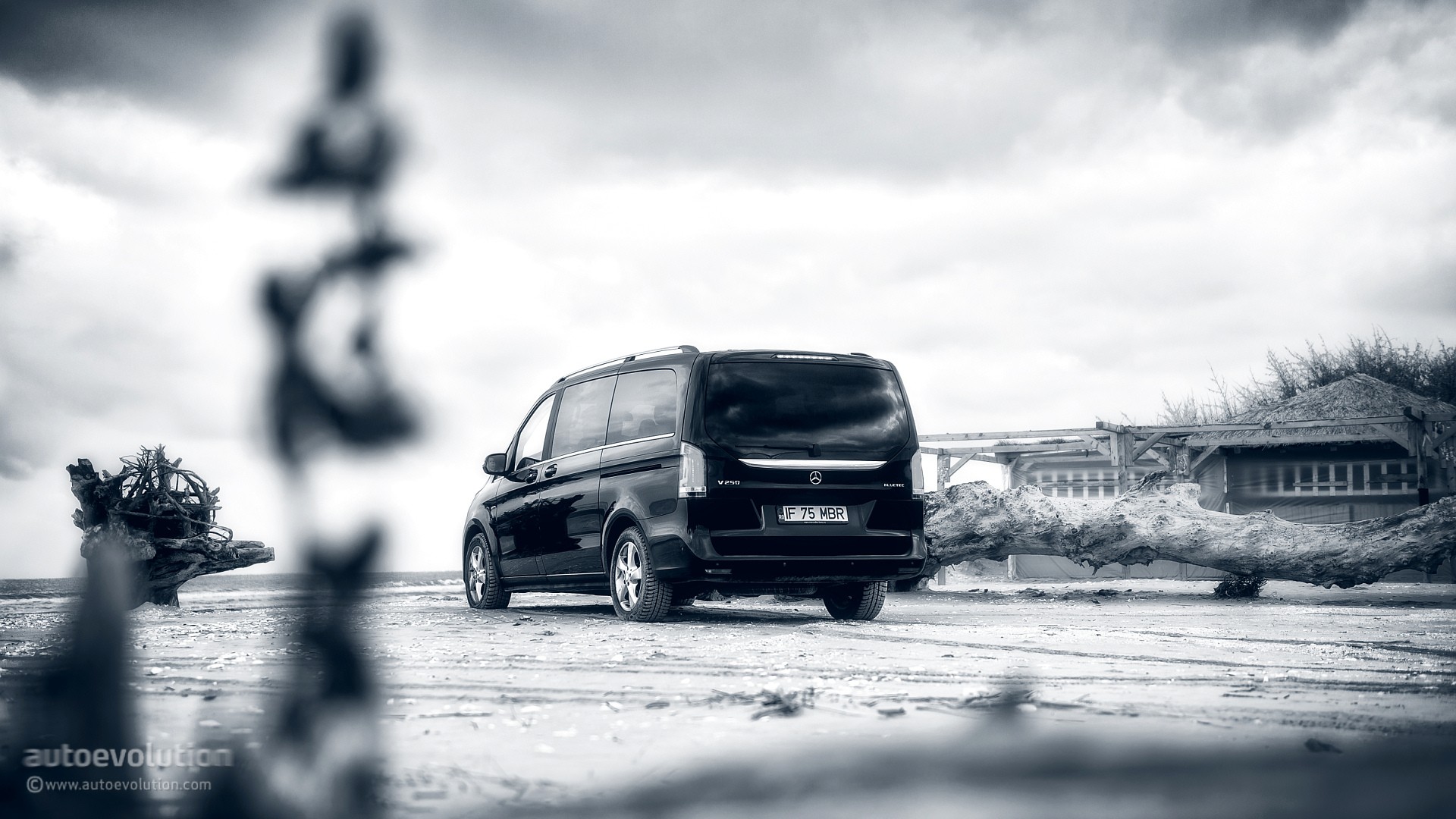 When describing the V-Class, Mercedes-Benz talks about the thing being used for “leisure and sports” activities. Thus, we figured that, since we were reviewing and shooting it, we might as well use it for such purposes, so we took it to the beach. There was just one issue with our plan - the weather app on our phones said it felt like minus nine degrees Celsius outside, so we skipped the diving part. 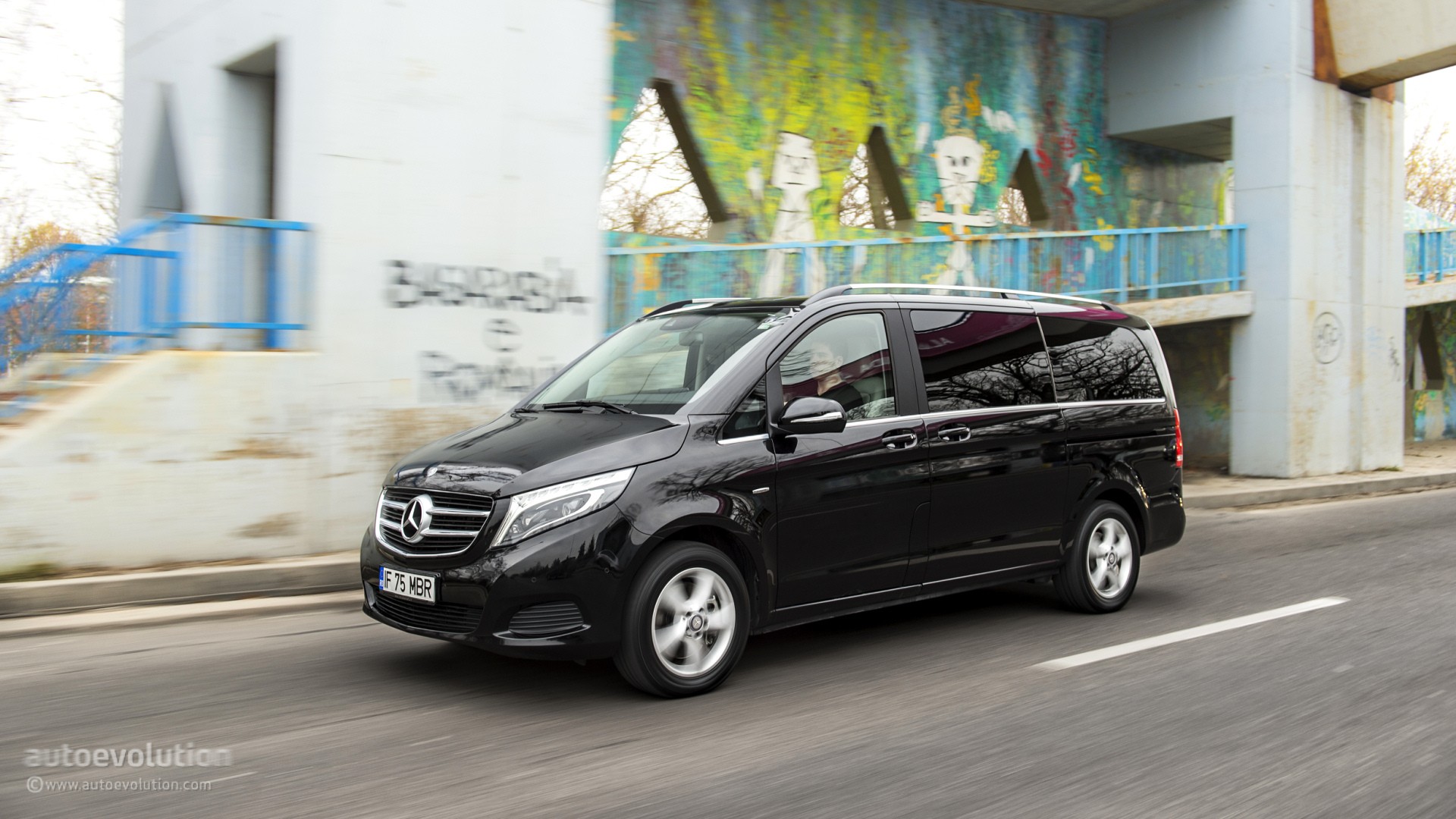 Like any model that came out after the S-Class, the V-Class borrows the flagship sedan’s front end styling. This is a pretty face we wouldn’t mind waking up next to every morning. 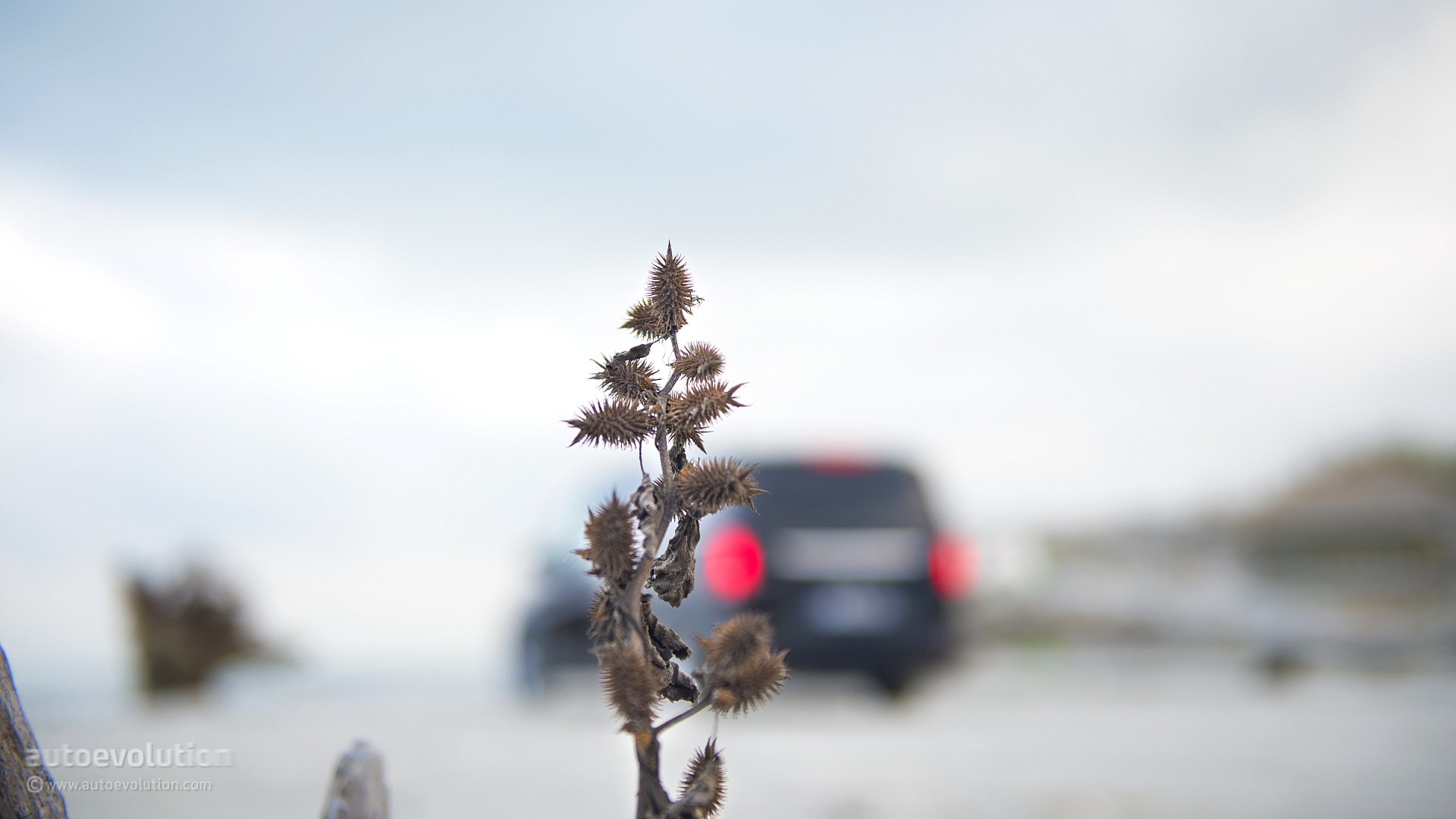 In the pic above, the V-Class doesn’t exactly look like a van. At least to our eyes, that is an SUV and while it’s all the fault of the photographer, the result is not actually bad. After all, the Mercedes V-Class does feel like an SUV, not a van, in terms of the driving experience. 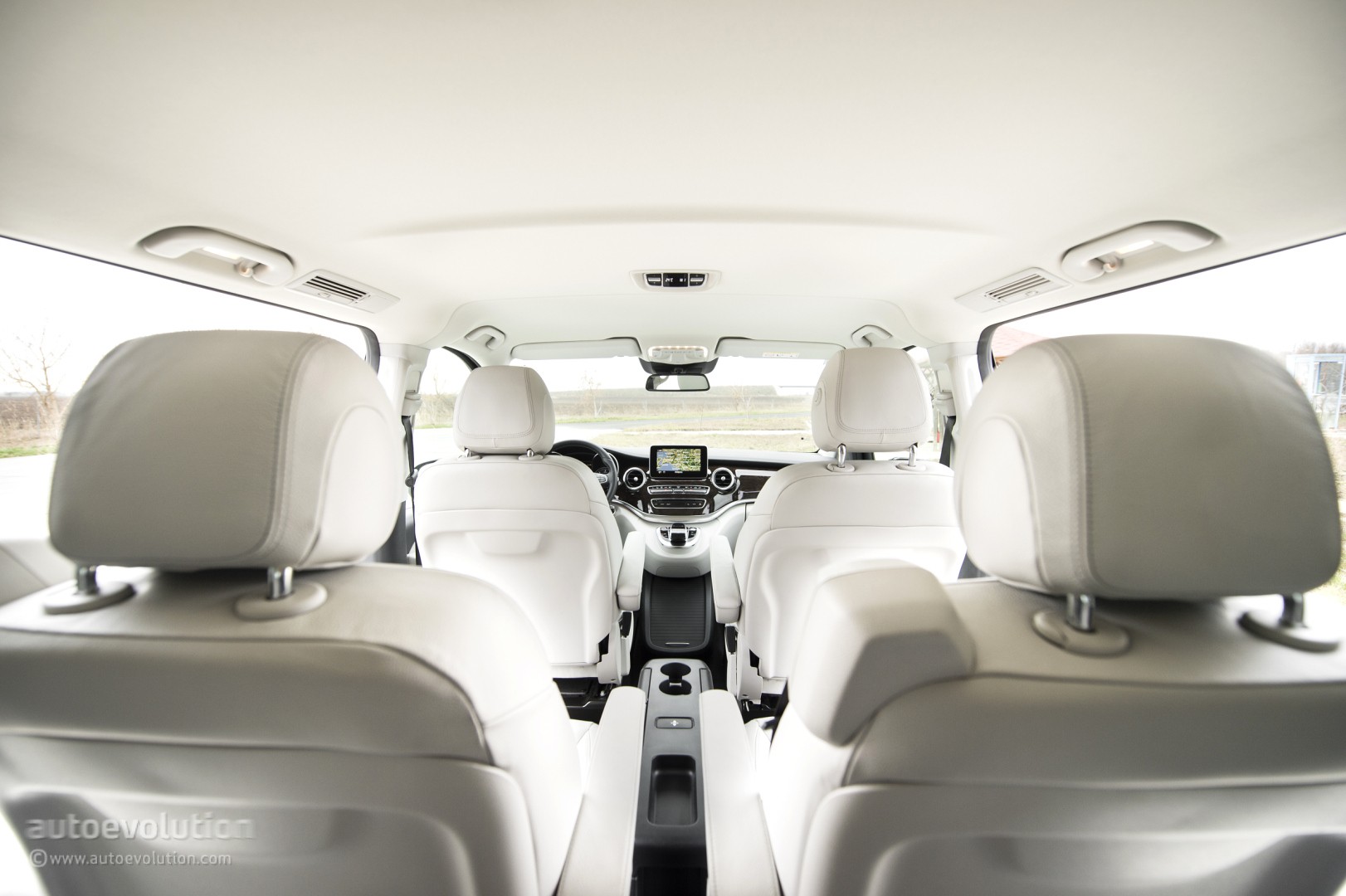 Notice the angry kittens in the background of picture No. 3 above (from top to bottom) - they’re upset because they were outside rather than inside the V-Class. Yes, the cabin of this Mercedes-Benz is quite an experience. First of all, the driver and the front passenger are tricked into believing they’re inside a passenger car, since the dashboard resembles that on the S-Class or the C-Class. As for what’s behind them, a luxurious pair of second-row seats awaits to serve the big kahunas, while any extra passengers can ride in the third row. 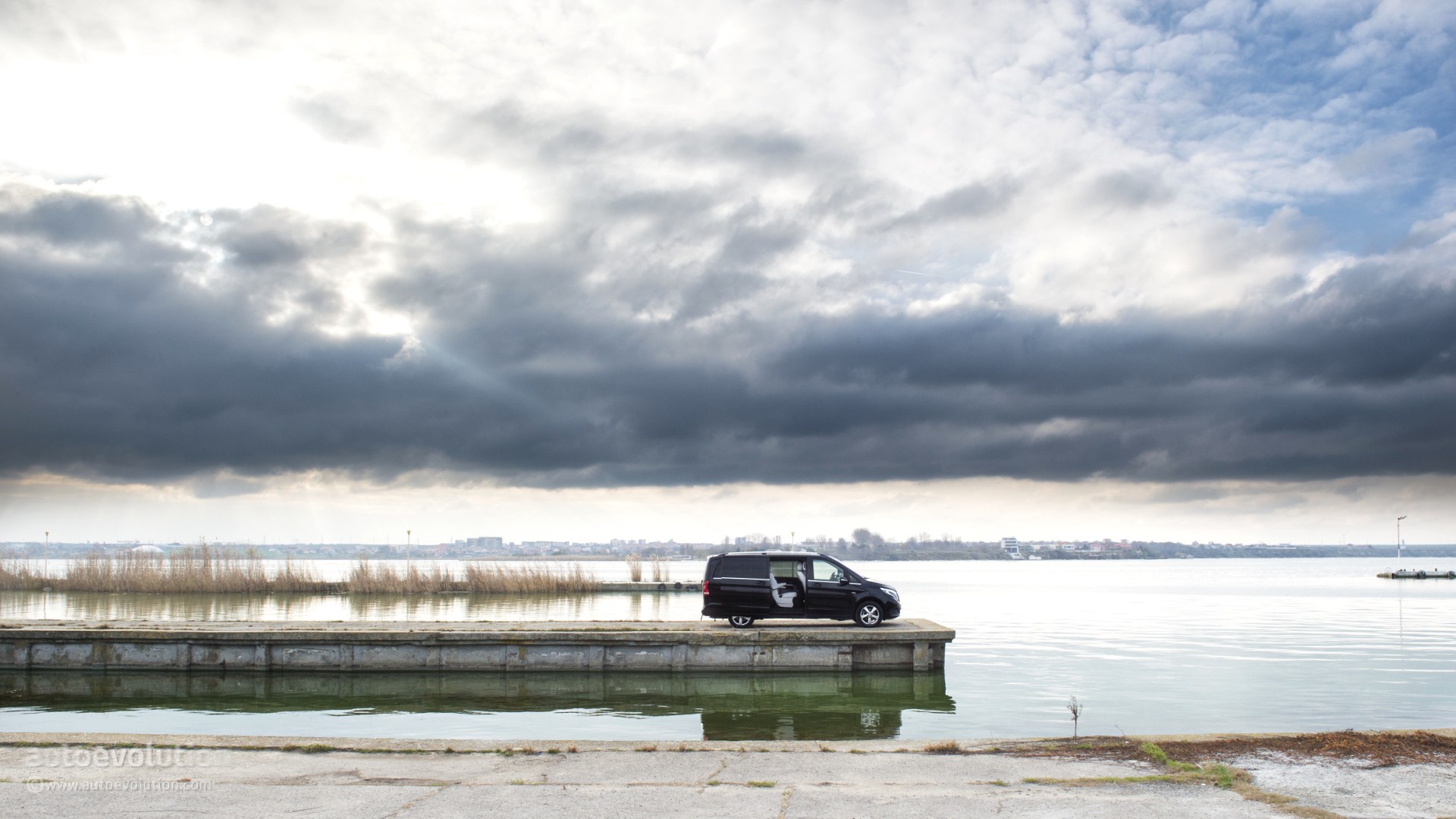 We spent three days with the V-Class and during this time, we noticed how multiple guys who seemed to be the practical type of people checked out our test car. In fact, the pilot of the plane in the image above might’ve thrown a glance at it. We’re not sure about that, but we can tell you we’ve prepared plenty of images such as this one in the Full HD photo gallery of our 2015 Mercedes-Benz V-Class review.